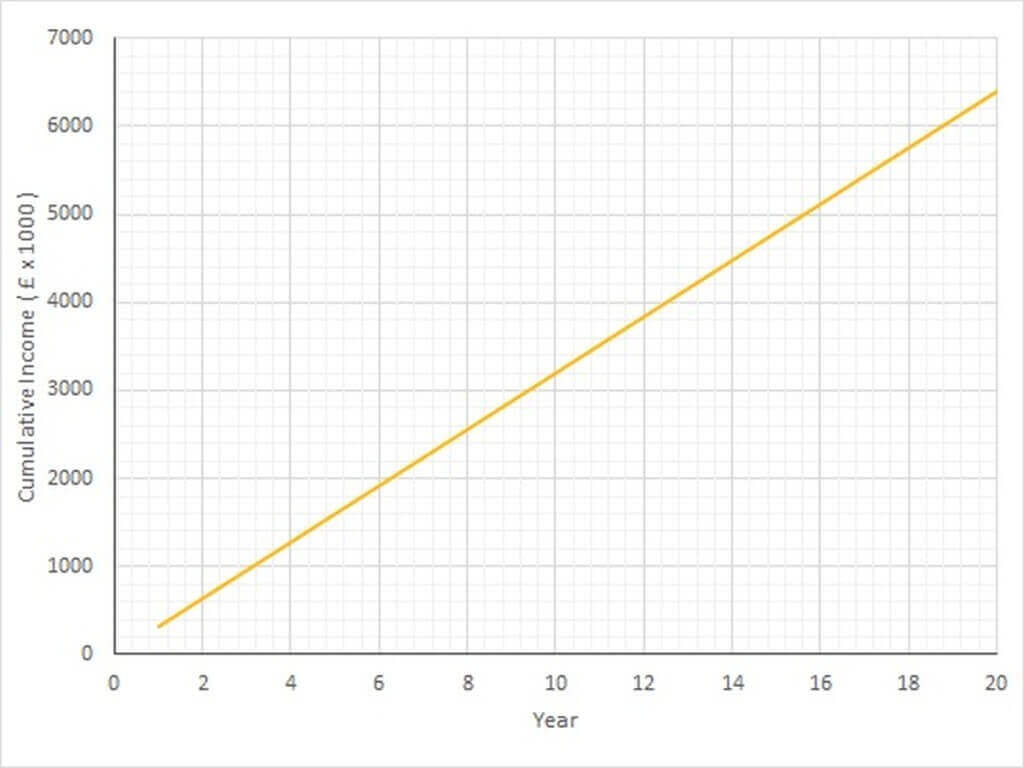 When considering hydropower income you first must consider the development costs. The cost of the hydro turbine project depends on the number of hydro turbines and their size. For simplicity the table below shows the typical costs for a single hydro turbines over a range of sizes.

Obviously these are budget costs but would be typical for a normal site and assume using good quality hydro turbines (which we’d always recommend).

The income you would receive for the energy generated by a hydro turbine is discussed in more detail on the Sources of income for hydro turbines page.

The actual income from a hydro turbine varies depending on the variation in flow available to the turbine at the site (see How much energy could I generate from a hydro turbine? ), so the revenue shown in the table on the How much hydropower income would my system provide? page arises the net income after maintenance costs, business rates and land rental (latter assumed at 8% of gross income) have been deducted.

The revenues shown are for a single-turbine that fits within the FiT project size banding. It is a little more difficult to work the same out for multiple-turbine projects because, for example, 3 x 500 kW hydro turbines do not generate the same as a 1 x 1.5 MW hydro turbine, and also because larger projects attract a lower Feed-in-Tariff. The exact project revenues for your project would be worked out during the feasibility process.

Based on the project costs and incomes outlined above for single-turbine projects, the simple payback periods and IRRs shown on the What would the hydro return on investment be? page would be achieved.  It is too complicated to work the equivalent out for multiple-turbine projects, but this should still give you a good idea of the economic viability of a community hydro project.