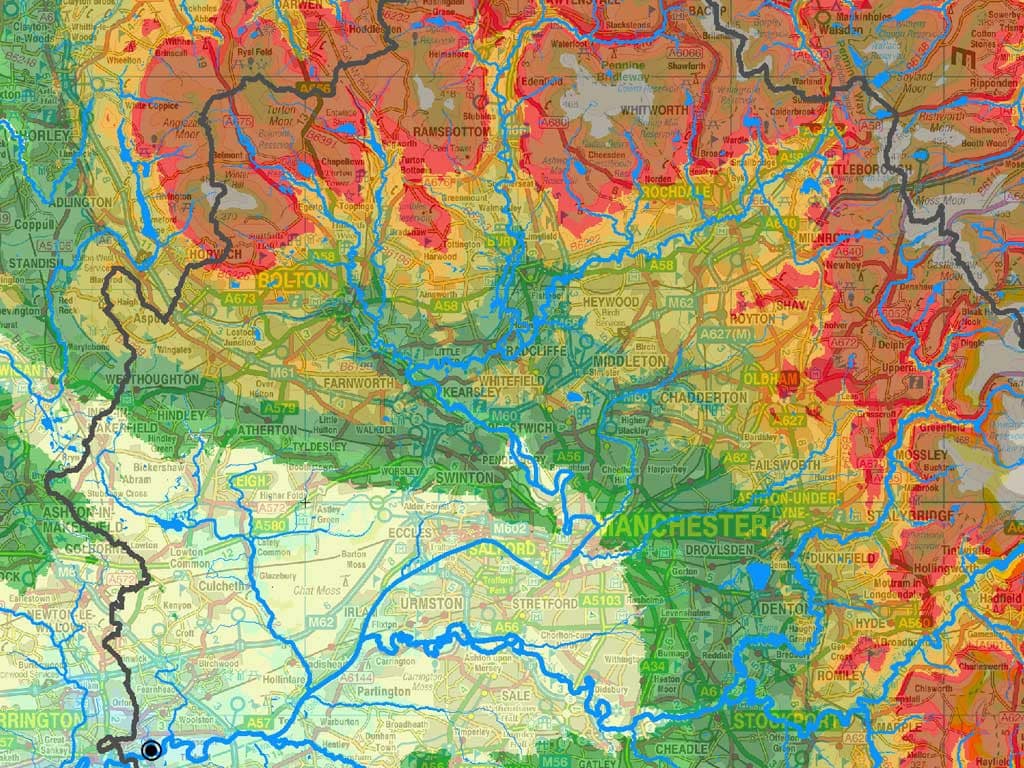 Our hydropower feasibility studies benefit from over fourteen years experience as hydropower consultants for consenting, designing and installing hydropower systems. We have worked with all turbine types over a range of power outputs, from small mountain streams to large lowland rivers.

That hard-earned knowledge feeds into our hydropower feasibility studies to ensure that your project starts on an accurate and realistic foundation – the prerequisite for a successful project.

Use the links to jump down:

Hydropower systems have to be ‘bespoke designed’ to fit into a site, rather than onto a site as is the case with wind turbines, so the site survey is a particularly important part of a hydropower feasibility study.

A key element of the hydro site survey is to get a good understanding of the layout of the weir(s), channels, sluices and surrounding buildings so that some initial options for locating the hydro system can be discussed with the client.

We take accurate measurements across the site so we can work out the gross heads (differences in water levels) between all key points. The on-site and nearby electrical distribution infrastructure is also checked and any details available recorded, along with checks on site access for construction and delivery vehicles. 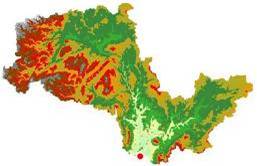 Accurate flow estimates are a vital part of our hydropower feasibility study because they form the basis of the performance and income predictions for the hydro system and are a key element when specifying the most appropriate hydro turbine.

We use LowFlows II hydrological catchment modelling software, and whenever possible use the software to calculate accurate correction factors which can be applied to the nearest NRW/EA/SEPA gauging station data so that the estimated site flow data is based on real flow data. The results are presented as a site Flow Duration Curve and a summary table. This flow data can then be used during all of the subsequent discussions with the environmental regulator.

This is based on the gross head measurements taken during the site survey, then we take into account head losses in channels and pipework to produce an estimated net head (i.e. head after head losses are taken into account) which is used in the hydro system performance modelling in the hydropower feasibility study.

Our sophisticated in-house modelling software also takes into account changes in the head across the site as the flow rate changes, upstream water levels rise and downstream levels back-up. It also accounts for head losses in all pipework, channels and within the turbine itself to provide a realistic estimate of how the head varies across all flow rates.

This is a review of what is already at the site and how this can used with the proposed hydro system. Careful integration and adaptation can reduce project costs significantly. We also (briefly) assess the condition of existing structures within the hydropower feasibility study and consider new structures that will be required, and how everything relates.

Renewables First works with all of the leading hydro turbine (including Archimedean Screw) manufacturers, but is not tied to any particular technology or manufacturer.

This means that we can provide truly impartial advice and you can be assured that we will specify the most appropriate hydro turbine for your site. We will only specify good quality tried and tested hardware from reputable manufacturers.

We have experience of turbines from all of the leading suppliers and have a detailed reference database to draw upon, including designs from previous projects. We can also base the hardware costs on real quotes from previous projects or can quickly get updated prices from the manufacturers to ensure the hardware cost estimate is as accurate as possible.

Once the hydro turbine has been specified in the hydropower feasibility study we can then specify the most appropriate drive system (belt, gearbox or directly-coupled) and the generator and control system. 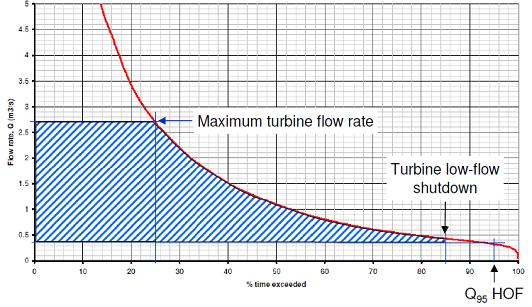 This is where experience really starts to count in the hydropower feasibility study. It is important that both the best type of hydro turbine is specified for the combination of head and flow at the site and also that its maximum flow rate and flow operating range are selected to maximise energy generation, and therefore income.
There are some additional factors that we also consider, including the availability of the specified turbine and standard runner diameters, physical site constraints that may restrict the maximum flow rate. There is an optimum sizing solution for all hydro projects and it is important that is correct from the start. 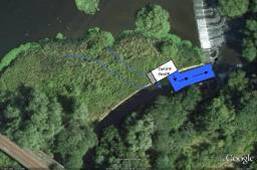 Based on the work so far, we include a sketch of the system layout on a suitable map (normally a Google earth image), approximately to scale within the hydropower feasibility study.

This includes the intake screens, intake channels and/or penstock pipework, the turbine house and any discharge channels or pipework. This gives the client a good idea of the physical scale of the proposed hydro system so that if any fundamental changes are required they can be discussed before the more expensive design stages begin.

We have extensive in house experience in assessing the local grid strength and recommend the most cost effective way of connecting the system to grid. Where possible (and if desired) we would aim to grid-connect through the site’s existing distribution board so that the site owner would get first use of the electricity generated (which is the most cost-effective option).

Renewables First has developed its own complex modelling software for the hydro system performance estimates contained in the hydropower feasibility study.

The flow and head duration data for the site is the foundation, and then the selected hardware is added to this to build a complete mathematical model of the proposed hydro system.

The modelling not only takes into account changes in head across the system due to upstream and downstream water level changes, but also calculates the head losses in all components in-between depending on the flow rate and power output. Added to this the efficiency of the turbine, drive system and generator are calculated independently depending on the load. The end result is a performance prediction that is remarkably close to real-world operating experience. 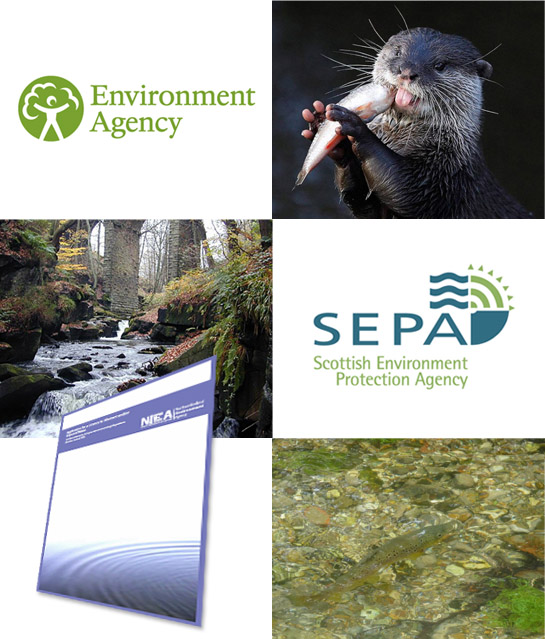 We check the site for any ecological and landscape designations that could affect the consent applications, along with a check of the environmental regulator’s plans for the watercourse.

Then based on our nationally recognised expertise on hydropower licensing we will outline what EA or SEPA consents are likely to be required in the hydropower feasibility study, plus any Local Authority planning consents.

This is a key part of a hydropower feasibility study which benefits greatly from years of experience of actually designing and building hydropower systems.
It is vital that the cost estimate is realistic and based on sound costing principles because this will be a key factor when deciding whether or not to proceed with the project. We use data from real projects and standard construction industry pricing guides to make realistic estimates of hardware and civil engineering costs, along with estimates for the consenting and design fees required for the next project stages.

This takes the energy production estimate and marries this with the most appropriate export rate, including any financial benefit from offsetting grid-imported electricity to produce realistic income estimate.

Next we take the budget cost estimate to estimate when those costs would be incurred and build a project cashflow model. Built into the model we include operating and maintenance costs so that realistic bottom-line financial results can be calculated.

The results are presented in the hydropower feasibility study as a cashflow chart over the first 25 years of the project, which clearly shows the initial outlays and then the income repaying those outlays once the system is operating. This clearly shows the payback period, then we separately calculate the Internal Rate of Return (IRR) and Net Present Value (NPV).

Recommendation and next steps to progress the project

At the end of our hydropower feasibility study we provide an overall recommendation on whether the project should proceed and highlight any potential issues. We also provide a map of the project stages to completion along with a timeline.

The price varies depending on the expected maximum power output of the finished system:

All prices plus travel costs and VAT.

Some projects don’t fall neatly into our standard full hydropower feasibility study and hydro pre-feasibility study packages so a bespoke service is required. This is particularly the case for upgrades to existing hydro sites or integrating hydro systems into existing water infrastructure, such as process water outfalls or water treatment works. Also tidal hydro sites where impounded tidal water would be released through a low-head hydro turbine.