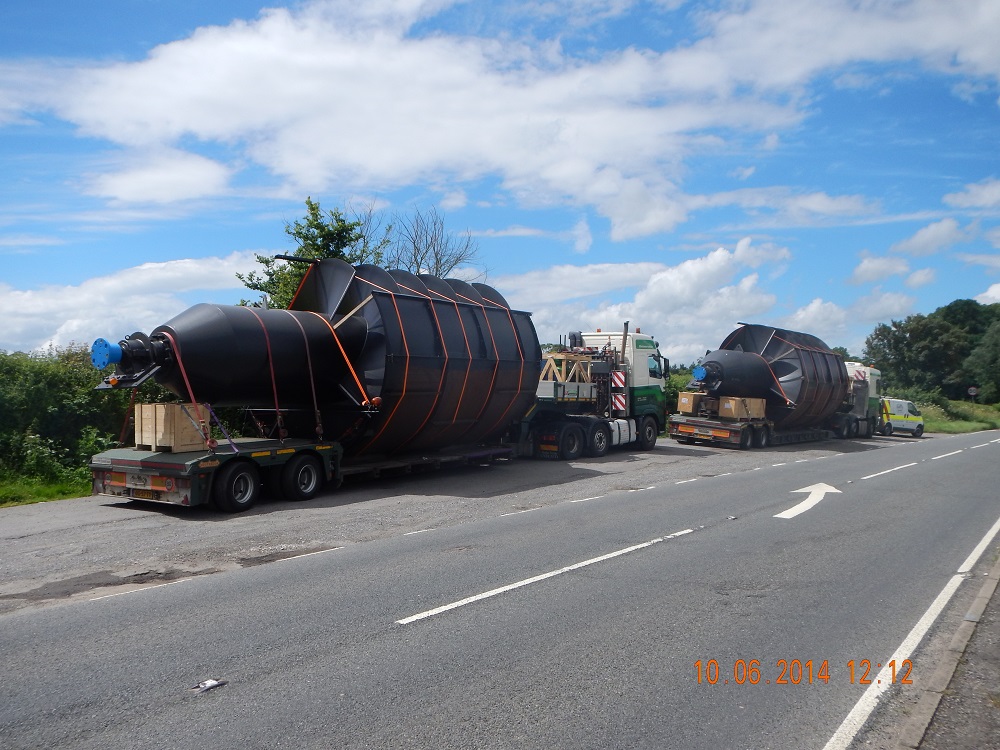 With work on the concrete foundations and turbine house progressing apace, the two large Archimedes hydro turbines and generators were delivered in tandem to site. This required extensive planning with the Local Authority and Haulage Company and other stakeholders, because of the turbines’ large diameters and relatively in-accessible position of the site from the road network. 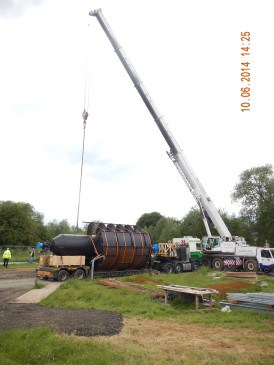 Delivery of the Archimedes screws at Pershore Weir

Given their size (each approximately 8 metres long by 4 metres diameter), each screw had to be delivered on its own separate vehicle.  The screws were then lifted off of the trucks and safely stored ready for their immediate installation.

The following day the two Archimedes hydro turbines were then lifted and carefully placed into position within the concrete channels, located below the turbine house.

The concrete channels have been constructed in a manner that ensures the screws fit snugly in order to maximise efficiency and performance by placing a layer of grout over the main concrete channel and using the screw auger to ‘cut’ the perfect profile. Precise positioning was crucial. Despite the delicate manoeuvring, the screws were safely positioned within a day. 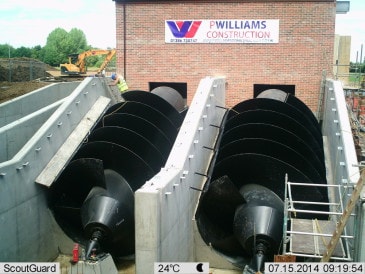 The Archimedes screw turbines in position

With the screws in position, one of the key components of the scheme is now in place. Further works to the turbine house and site will now commence.  This includes the task of installing the infrastructure required to get the power generated by the turbines to Pershore Leisure Centre – itself located some distance away and on the opposite side of the River Avon!

Reinforcement works and erosion protection to the large inlet channel are also due to be undertaken.