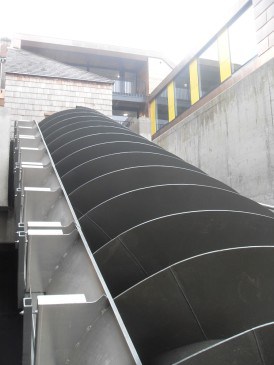 Located on the River Dart, the Buckfast Abbey hydro scheme forms part of a major redevelopment of a historic industrial site, part of a number of working mills. The combination of other construction activities on the site and the tight proximity of buildings, meant that this was a difficult installation to undertake. 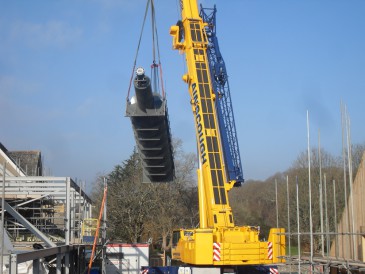 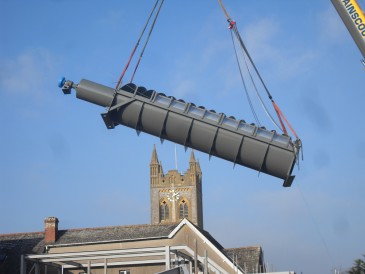 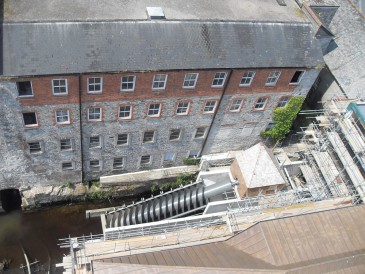 The Archimedes Screw used is sandwiched between an old mill on the one side and newly constructed buildings on the other. Some key facts about the screw include: 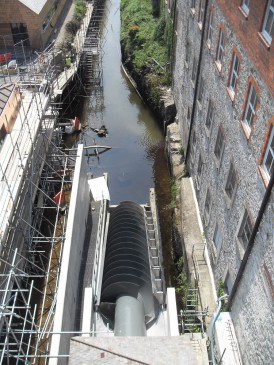 Archimedes Screw turbines are very often supported at the top and the bottom on a concrete slab. Underneath the turbines there is a trough, which acts as a liner. This is filled underneath with concrete (to provide support), which conforms tightly to the Archimedes Screw.

On this site, however, it is basically the same except that the trough is self supporting (with no concrete underneath) and the turbine is only sat on a concrete slab at the top and bottom.

This made the installation much quicker, reducing the need for concreting, which would have been difficult, given the restricted access. 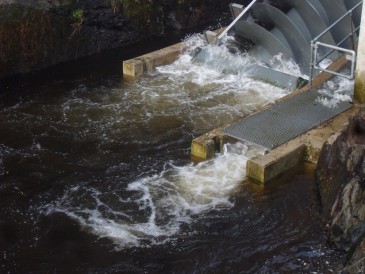 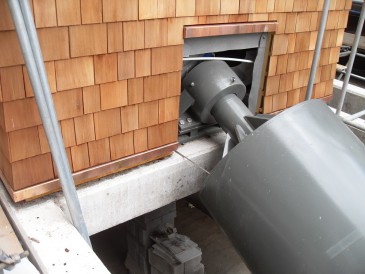 Despite the design modifications, the screw performs just the same. There is also a fish pass running down the side of the turbine for both upstream and downstream migrating fish. This is a secondary option for fish because the main fish pass is on the river weir, so this is a fail safe option for any fish that find their way up the tail race. 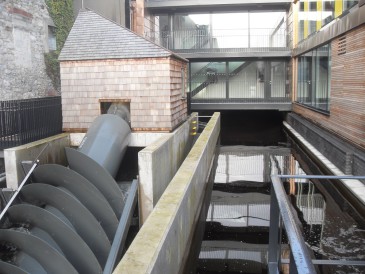 The turbine powerhouse was architect designed to be functional and sensitive to the historic physical context – hence the shingle roof and cladding. The powerhouse had to be shoehorned into a very tight location at the head of the Archimedes Screw. 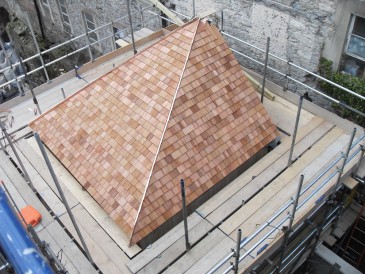 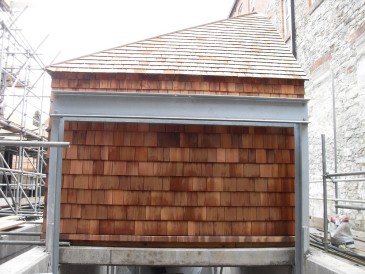 The Buckfast Abbey hydro scheme is located on the river Dart, with lots of migratory fish. The distance from the outfall of the Archimedes Screw turbine to the river is roughly 250 metres. Previously, some fish would have migrated upstream (via the tail race) from the river to the old turbine, only to find there was no way past – thus the turbine acted a barrier to upstream migration. Although the main fish pass is located on the river weir, it was recognised to be an important aspect of the installation that a dedicated fish pass was incorporated. This was a challenge given the tight physical constraints of the site and high head.  An Alaskan fish pass was chosen to fulfill this role, the specification of which included: 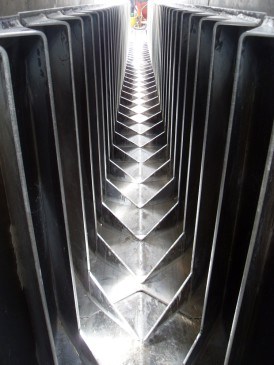 The image (left) shows the Alaskan fish pass. The fish pass spans a vertical step of 5 metres from the tail race to the head of the turbine, and sits within a very restricted space, due to close proximity of nearby buildings. 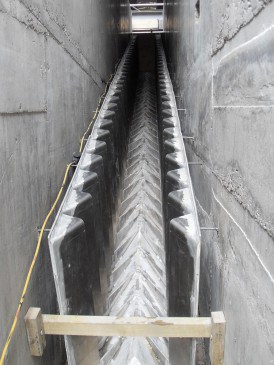 The picture (above) is looking down into the fish pass. The fish will ascend up the middle of the shute. The fish pass is designed to be as efficient as possible at creating white water. The fins down each side create lots of re-circulation of the water, creating an up-current up the middle part of the fish pass enabling easy passage for fish.  The only maintenance requirement is to keep the pass free of debris. This is achieved by the use of a floating trash boom above the pass to prevent debris entering.