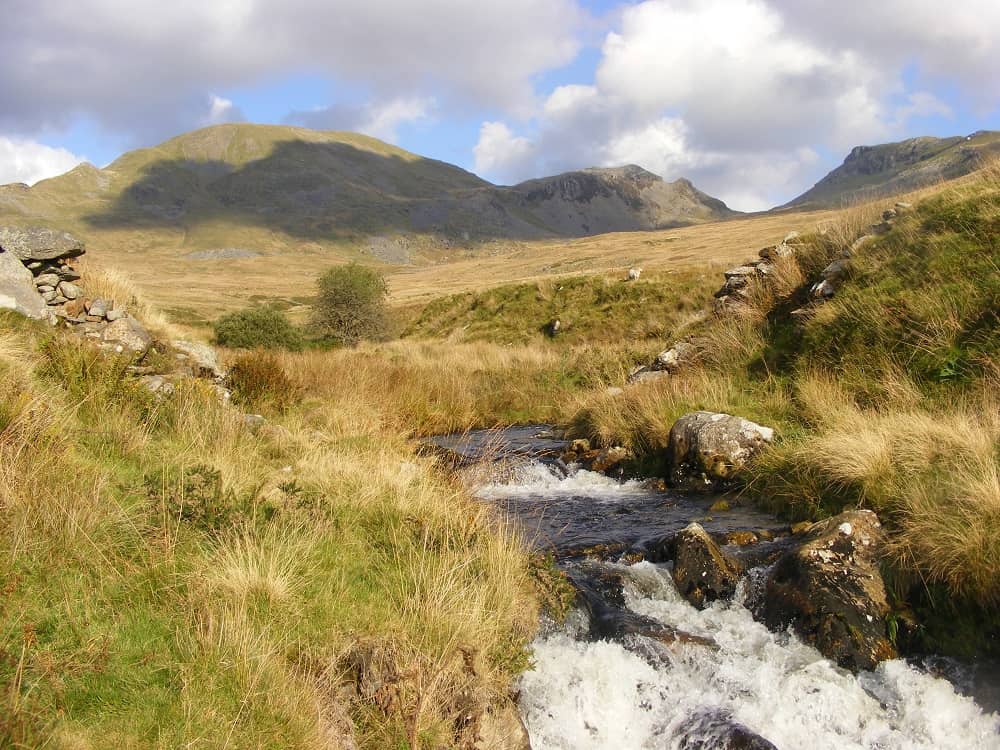 The Brondanw Estate hydro scheme, located in the Snowdonia National Park, is owned by The Clough Williams Ellis Foundation. Situated in the mountainous terrain on the Afon Maesgwm, the Brondanw Estate hydro scheme will feature a 100 kW Turgo hydro turbine. The scheme is a high head set up, with a vertical drop of 128m between the water intake and the turbine house. The water intake area utilises a Coanda screen (as is often the case with high head sites) to filter waterborne debris from entering the penstock pipe and travelling toward the turbine. The penstock pipe itself is 850 metres long and traverses fields, streams and tracks before delivering water to the turbine. 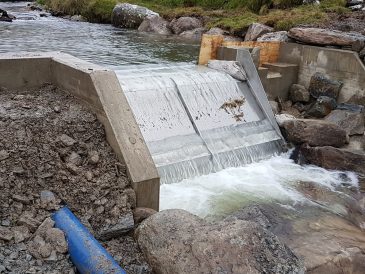 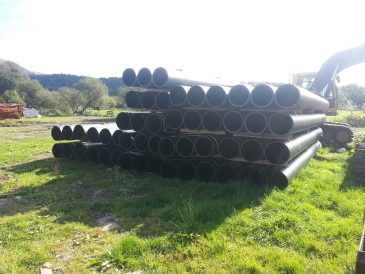 Penstock pipe prior to installation.

At the time of writing (early November) construction of the Brondanw Estate hydro project is well underway, with works having commenced in August this year. The concrete water impoundment structure is more or less complete, although still awaits its stone cladding. The long penstock pipe is being laid and buried and the turbine house structure is under construction and will soon be ready to house the Turgo hydro turbine. 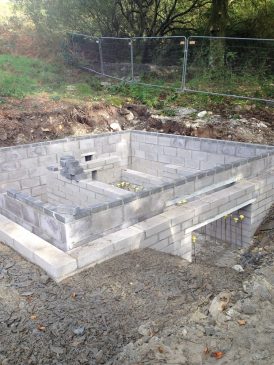 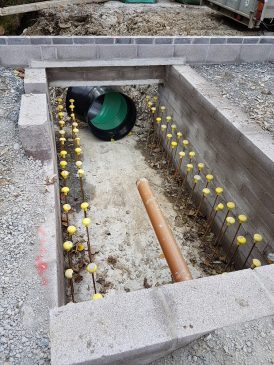 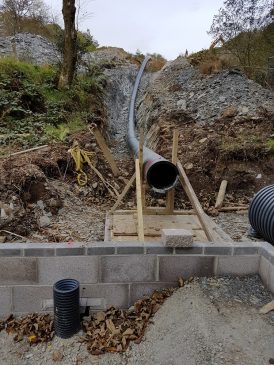 The installation works have been relatively straightforward, with few engineering challenges. The impoundment area had to be tied into an existing weir on the river, and the HV cable involved digging a trench some 600m long, from the point of connection to the mounted transformer.

The installation works so far have also been assisted by a relatively dry autumn period.

Renewables First has played a key role in the Brondanw Estate hydro scheme from its conception through to current installation. Beginning with a full hydropower feasibility assessment of the site, Renewables First was also responsible for the full design and specification of system, undertook full planning and consenting works, procurement and project management of the installation works.

Local construction firm, G. H. Jones, was appointed as main contractor, and has been involved in a large number of similar schemes in the area.

It is planned that the system will be fully completed and commissioned before the end of the year. It is calculated that the scheme will produce 486,669 kWh’s of electricity per year, equivalent to powering 111 UK homes and an emissions saving of 243,335 kg CO2e/year.