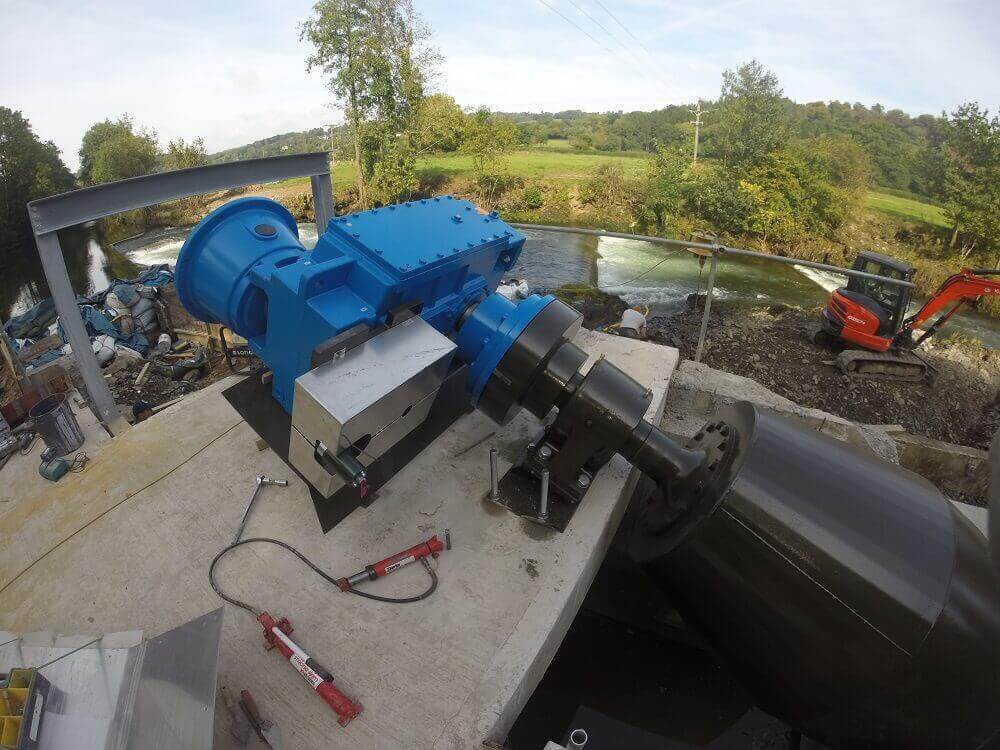 Renewables First is currently working on the Dulverton hydro scheme which is located on the River Barle, a large tributary to the River Exe near Dulverton. The 78 kW hydro scheme was granted planning permission earlier this year, and is essentially a modern reinstatement of a pre-existing hydro scheme that has lain dormant since the 1950’s.

Given that the River Barle has a large population of migratory trout, a suitable fish pass was required as a condition of planning approval. Working with the clients desire to create a fist class fish pass, our design team applied its wealth of knowledge and experience to design a scheme which incorporates the best practice available at this fish-sensitive site.  The Pool and Weir fish pass is a very positive attribute of this hydro scheme.  The prospect of vastly improving the passage of fish through the site is to be welcomed, and the renewable power produced will mean that this is absolutely a ‘win-win’ project. The pictures below show the fish pass during key stages of its construction and initial flooding.

Formwork for the fish pass. 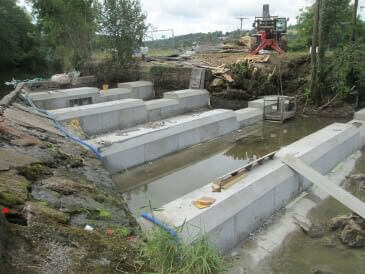 The concrete structures of the fish pass. 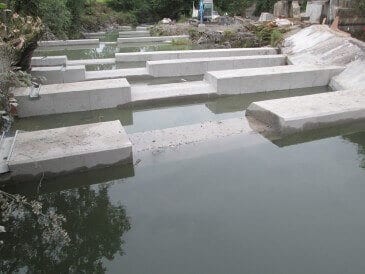 The fish pass at the early stages of flooding. 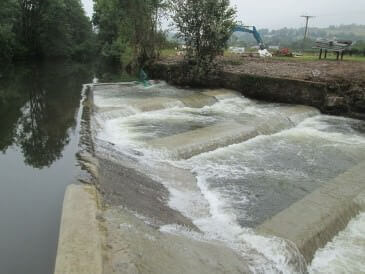 Over the coming weeks, we look forward to seeing this site become an exemplar of sustainability within the Exmoor National Park. The scheme comprises an 78 kW Archimedes screw turbine approximately 7 metres in length, exploiting a 2.5 metre step in the river.  Located close to one side of the weir, the turbine abstracts water at the top of the weir and discharges at the bottom, meaning that the footprint of the scheme is relatively compact. The pictures below show the Archimedes screw turbine having just been placed in-situ. 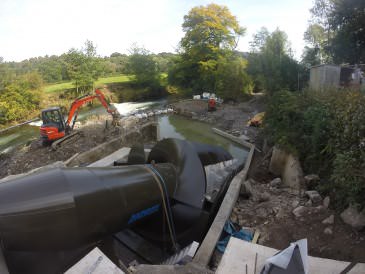 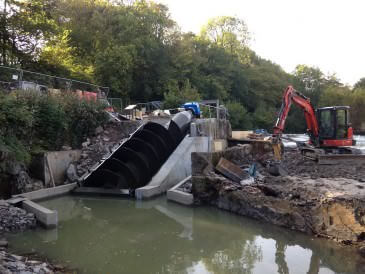 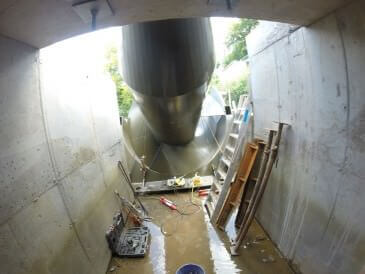 Dulverton hydro – taken from the inlet looking toward the screw.

Construction of the Dulverton hydro scheme began in March 2015, but commenced in earnest in June 2015. At the time of writing, all of the fish pass works have been completed and the Archimedes screw turbine arrived in early October and was positioned. The picture (left) is taken from the inlet at the top of the Archimedes screw. During the coming weeks the scheme will be progressed to the point of commissioning and handover to the owners. Renewables First also undertook the full feasibility and design works for the scheme, we well as being responsible for project managing the installation works. 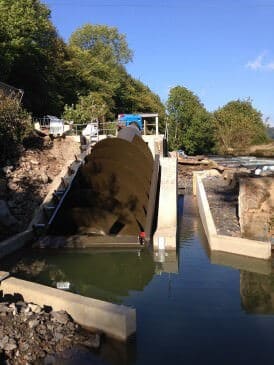