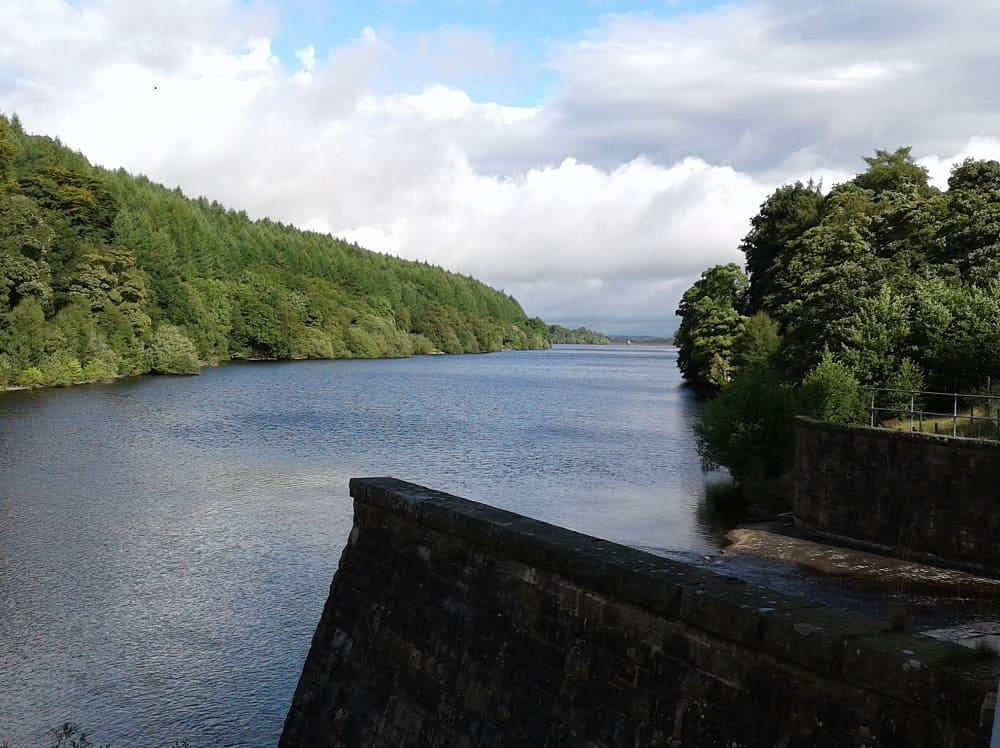 The Errwood Hydropower scheme is located between the Errwood and Fernilee Reservoirs in the Peak District National Park, Derbyshire. The scheme is owned by United Utilities Renewable Energy and operated in conjunction with United Utilities’ water business with Renewables First acting as Principal Contractor.

The scheme features a Tinck TFSH-330-105 100 kW Francis turbine located on water transfer pipelines within the Errwood and Fernilee Reservoir embankment. The Errwood hydropower scheme is a Replacement Project in which an aging and relatively inefficient 150 kW turbine (actually a pump working in reverse to generate electricity) installed back in the late 1980’s, was replaced with a much more efficient purpose-built 100 kW Francis turbine.

The hydro turbine exploits the small altitude difference between the two reservoirs and captures the kinetic energy of water flowing from Errwood Reservoir down to the lower-level Fernilee Reservoir. The scheme makes complete use of the existing dam infrastructure, which is operated by United Utilities Water Business, whose role is solely to transfer water to and from the reservoirs as part of a water treatment and supply process.

This involves transferring water from Errwood Reservoir to the lower level Fernilee Reservoir, via a pipeline which runs through a large embankment separating the two reservoirs. The pipe initially descends vertically from Errwood and then follows a gentle gradient to what is known as the tail bay control house located just above the level of the lower Fernilee Reservoir. The tail bay house contains the equipment and valves, etc., for managing the flow of water. 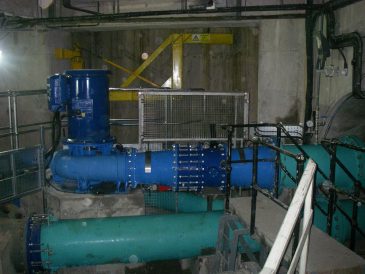 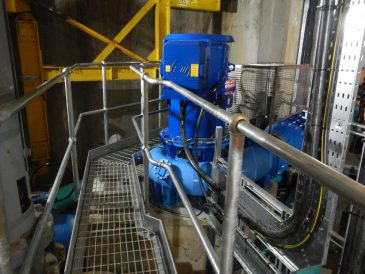 The replacement 100 kW Francis turbine is located on the pipeline route inside the basement of the tail bay control house. The transfer of water is continuous, thus ensuring a continuous flow of around 0.4 cubic metres per second through the pipeline (7,355,644 cubic metres per year), which means the turbine will be almost constantly running. The “head” is the difference in height between the top of the pipe (the water intake) on Errwood Reservoir and the Francis turbine, which is 30 metres. The turbine will generate power only during water transfers, so overall output will largely be determined by water supply operations. That’s said, the Errwood hydropower scheme is estimated to generate 381, 028 kWh’s per year, typically enough to power 87 UK homes. This equates to an emissions saving of 190,514 tonnes CO2e per year.

The physical scope of the installation work for the Errwood hydropower scheme was confined to mostly within the tail bay house, given that no external civil engineering works were required and that the scheme fully utilises existing infrastructure. The engineering works involved cutting and removing a section of the water transfer pipe (which included the existing turbine) from within the tail bay house, before replacing it with new pipework and the Francis turbine. Indeed, all of the mechanical and electrical engineering associated with the scheme took place within the confined space of the tail bay house. Access to the site and in particular, access to the basement of the tail bay building (now also the turbine house), ensured that the project was not without its physical and technical challenges.

The installation works took place on in-use reservoir infrastructure. The turbine and associated works had to be installed without unduly impacting on the process of water transfer between the two reservoirs. Inevitably, the installation process required periodic shutdowns of the normally operating pipework. However, in order to minimise interruptions, a temporary bypass pipe was incorporated for use throughout the majority of the construction process. Once the new turbine was installed a permanent bypass pipe was then installed. 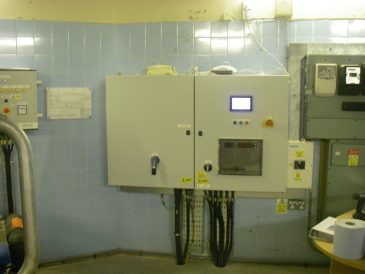 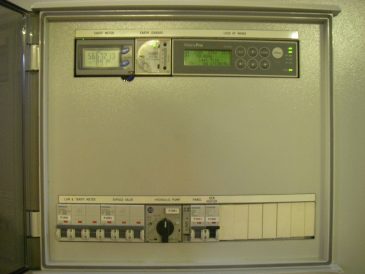 The Errwood hydropower scheme is equipped with a control system, which manages the turbine and generator so that they operate within the limits specified by the environmental and technical design. The system is tailored to maximise energy capture whilst maintaining water level and reserve flow requirements. The control system also protects mechanical and electrical components from overload. The control system adjusts the flow control component of the system to vary the flow rate through the turbine. This is done based on the upstream water level. A falling upstream water level will cause the flow through the turbine to be reduced and vice versa. The flow control component is a valve controlled by an actuator.

The output from the generator and control system is metered at the total generation meter. This is then connected to a distribution board in the same way that a load is connected. All power will be exported to the grid and metered as an export on the import/export meter.

Renewables First has played the key role in delivering the project. Initially it was commissioned to undertake a full hydro feasibility report of the site, followed by outline design works for the scheme. Given that the site was home to an existing hydro scheme with associated infrastructure already in place, Planning Permission or Environment Agency licenses were not required. Renewables First supported the OFGEM Accreditation and undertook all grid connection permissions and works. Renewables First also undertook the detailed design works for the scheme and acted as Principle Contractor for the installation works, through to and including commissioning.

A range of other important subcontractors were involved. Portobello Engineering Ltd acted as the projects pipe-working fabricator and installer. Slovenia-based, Tinck, manufactured and supplied the Francis turbine. The control system was supplied by Control Information Systems and Systems Electrical SW acted as electrical engineers.

All of the installation phase took place throughout the autumn of 2016 and the scheme was commissioned on 21st November ahead of schedule.