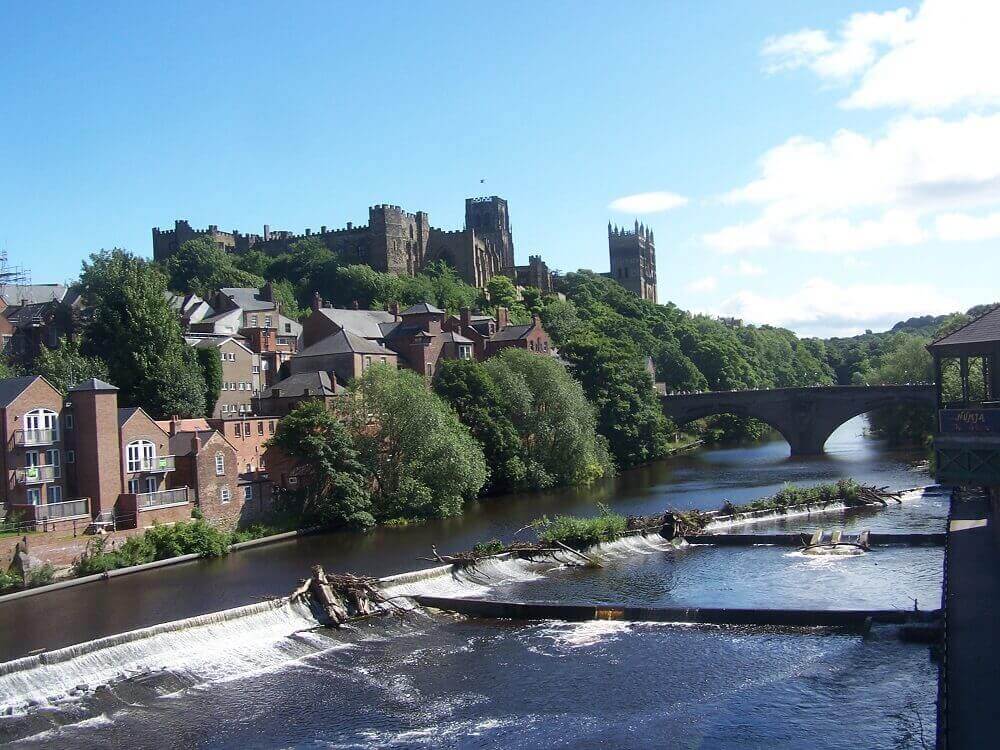 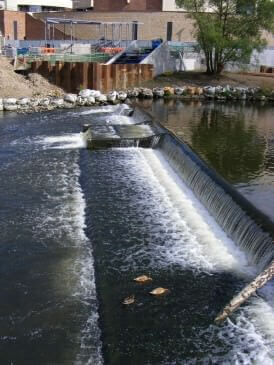 Renewables First has played a key role in the development of the Freemans Reach hydro scheme, forming part of a wider riverside development in Durham city. The scheme incorporates an Archimedes screw turbine harvesting energy from the River Wear to drive a 100 kW generator. The turbine and generator have been designed to offset around 75 per cent of the total electricity demand of the new development.

The Freemans Reach hydro scheme is coordinated by the Freemans Reach development team and Durham City Council, with Carillion acting as the main contractor for the construction works. Renewables First was hired to undertake a full hydro feasibility study for the site, as well as designing and specifying the layout and technology used. It also provided hydro engineering support during construction of the scheme, as well as commissioning the scheme. It was also responsible for the new fish pass design, as well as upgrading an existing fish pass. 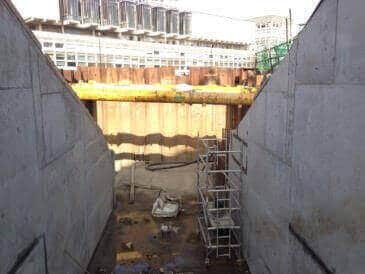 Concrete structure for the Archimedes screw. 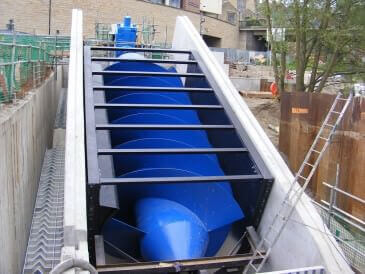 Archimedes screw installed, with Larinier fish pass to the left. 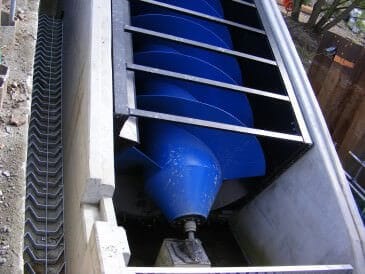 Lower end of the Archimedes screw. 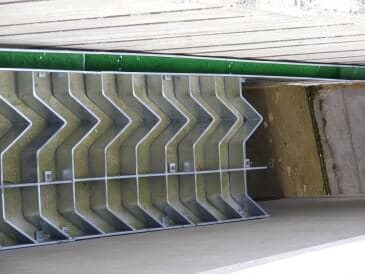 Section of the Larinier fish pass being installed.

Located on the large diagonal Framwellgate Weir, the 100 kW Archimedes screw measures 13 metres in length and weighs in at 20 tonnes. The turbine exploits a net head of 2.83 metres and can use up to 6 cubic metres of the total mean flow in the river of 14 cubic metres of water per second (m3/s). This will generate an estimated 496, 000 kWh of electricity per year, enough to power the equivalent of roughly 113 UK homes, and will create a CO2 emissions saving of 248,000 kg/CO2/yr.

The screw and fish pass installation was specified and designed by the design team at Renewables First.  Manufactured, supplied and installed by water treatment and power  specialists, Spaans Babcock Ltd.  The civil works and site development was carried out by Carillion Ltd. The scheme having been initiated under the joint management of the Freemans Reach Hydro Development team and Durham City Council. 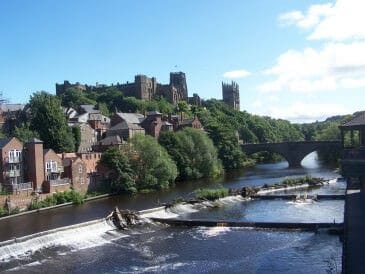 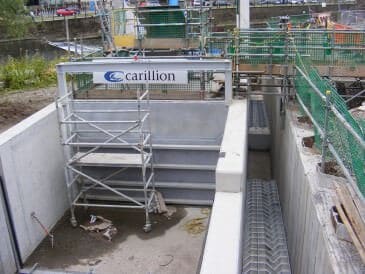 View from the top of the concrete screw structure and Larinier fish pass.

The River Wear is an important Salmonid River, with salmon and sea trout passing both upstream and downstream of the site. Therefore, as well as generating clean power, the hydro scheme is designed to improve the ecology of the River Wear by allowing fish and elvers to travel upstream more easily in order to access the upper reaches of the river. This involved the installation of a new Larinier fish pass in close vicinity to the screw turbine, as well as upgrading the existing pass located on the main weir. 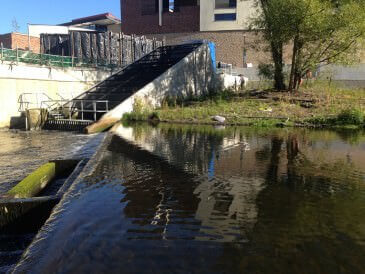 Looking toward the turbine from central fish pass. 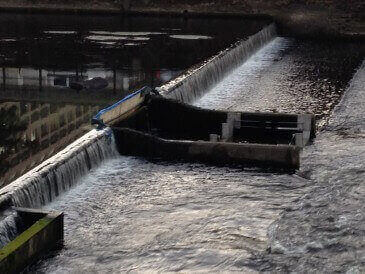 Framework for the central fish pass. 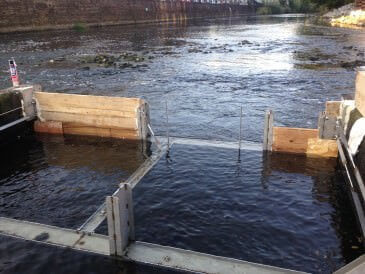 Installing the dam timbers on the fish pass. 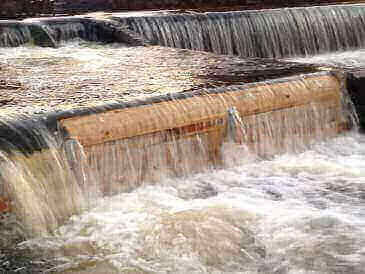 Heading further upstream, the exit of the fish pass is located sufficiently upstream of the turbine intake. This ensures that fish exiting the pass will be a safe distance from the stronger currents in the intake channel, thus preventing them from being swept back through the turbine.

The Archimedes screw turbine used at Freemans Reach is suitable for use as a fish by wash. Therefore, a fish screen upstream of the turbine is not required, as fish can safely pass downstream through the turbine.

The Freemans Reach hydro scheme is now completed, although the development of the surrounding area is still proceeding.

As part of the scheme Renewables First also installed and commissioned two flood alarm systems for the new Passport Office and National Savings offices on the site.

The hydro scheme is being run and maintained by Durham County Council.