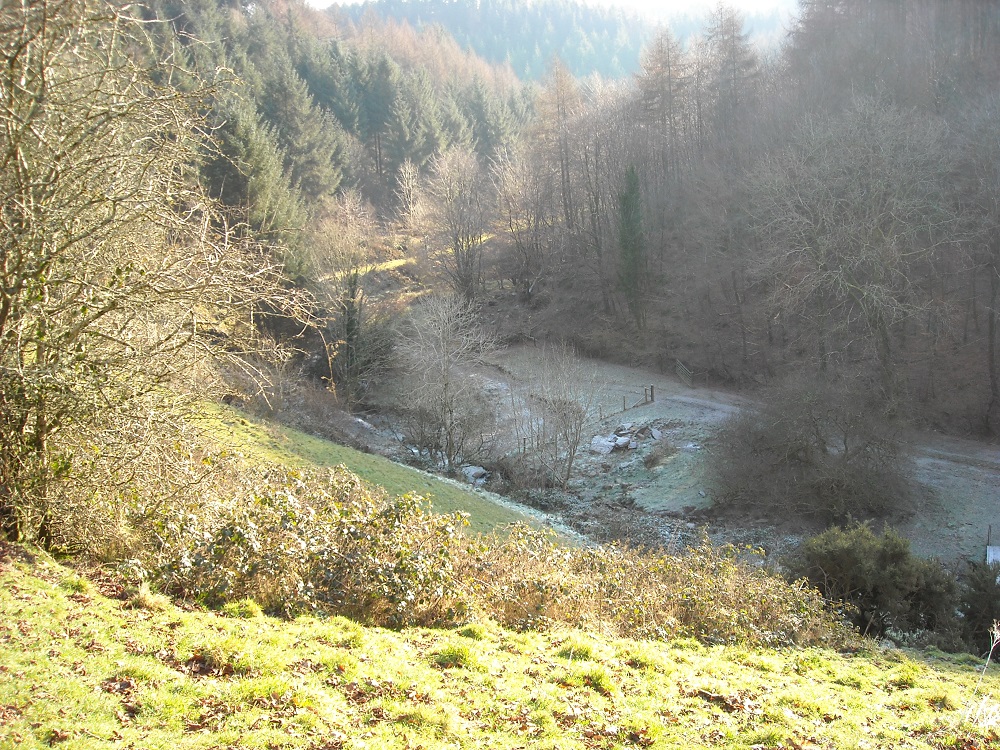 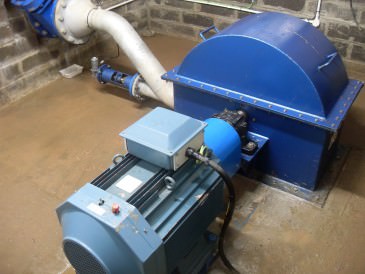 The scheme involved the construction of a new weir across the stream, diverting water into an intake and pipeline. The pipeline transports water along the contour of the hill (via an old leat line) to a new forebay tank, from which a pressurised pipeline drops steeply down the hillside to a powerhouse. 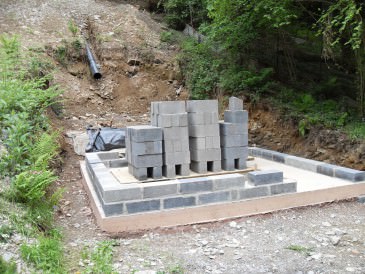 Constructing the turbine house for the Pelton turbine

Although the site previously supported a smaller hydro scheme (now redundant), it wasn’t possible to reuse the old powerhouse due to modern flood risk issues, so a new one had to be constructed. The 27 kW Pelton turbine was installed inside the new powerhouse, and the water passes through this to generate electricity, before returning to the same stream down a new tailrace channel. The operation of the equipment is fully automated, which reduces the need for the site to be accessed frequently.

Coanda screen and intake for the high head hydro scheme.

The impact of the development was designed to be minimal and blends in seamlessly with its surroundings. The development area has not lost any of its functionality. This is because the pipeline is buried under the field and the powerhouse location is in a large layby, which is still usable. Noise impact is minimised through the design of the powerhouse and drive equipment, as well as its location approximately 100m away from the nearest property. 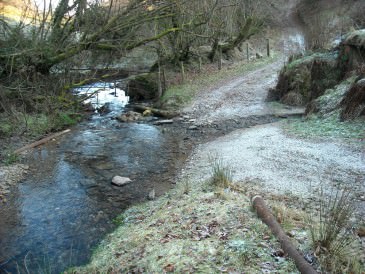 Downstream of the Miltons hydro scheme. 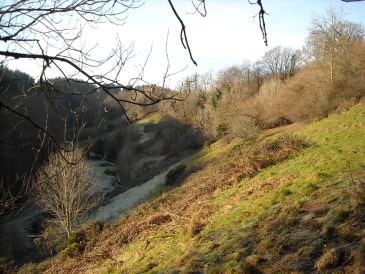 Because this project was driven by environmental considerations, it was important to ensure that the final appearance blended in with the natural surroundings as far as possible, mainly by burying infrastructure as far as practical. Wooden structures, buried pipes and site landscaping all act to minimise the intrusion of a modern electricity generating station in a natural landscape.

The green electricity generated is used to off-set bills, with any surplus power being sold to the National Grid, effectively supplying the nearest local properties within the community. This project offers the schemes owner the opportunity to reduce costs, increase income and help meet renewable energy targets.