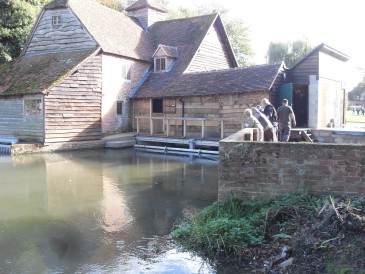 Located on the River Thames, Mapledurham Mill is the last working watermill on the river Thames.

With an interest in maintaining the working history of the mill, Mapledurham Estate was granted planning permission to replace an old vertical shaft Francis turbine installed way back in the 1920’s. Although this once supplied electricity to the manor house, it had long since fell into disrepair. With a desire to bring the old turbine back to life, the owner approached Western Renewable Energy (a subsidiary of Renewables First) for an objective appraisal and recommendations for moving forward.

Refurbishment of the existing turbine was not considered a viable option. Furthermore, the existing infrastructure would not meet Environment Agency requirements for fish screening. With planning permission and consents already in place, the next task was to design and specify the new hydro scheme. It was decided to replace the old turbine with a modern Archimedes Screw type turbine.

The project involved dismantling the existing turbine building and removing the old turbine. It also involved draining the mill pond of its water to enable structural work to be undertaken beneath the mill. A temporary bridge was also constructed to enable access onto the mill island for machinery and equipment. Planning stipulations required that the turbine building be reconstructed in a manner consistent with the existing mill building. 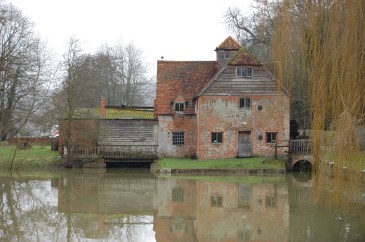 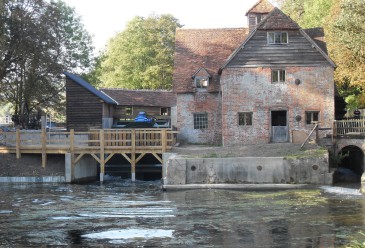 The image below provides a good arial view of Mapledurham Watermill, located in the centre of the photograph, with the Manor house to the right. 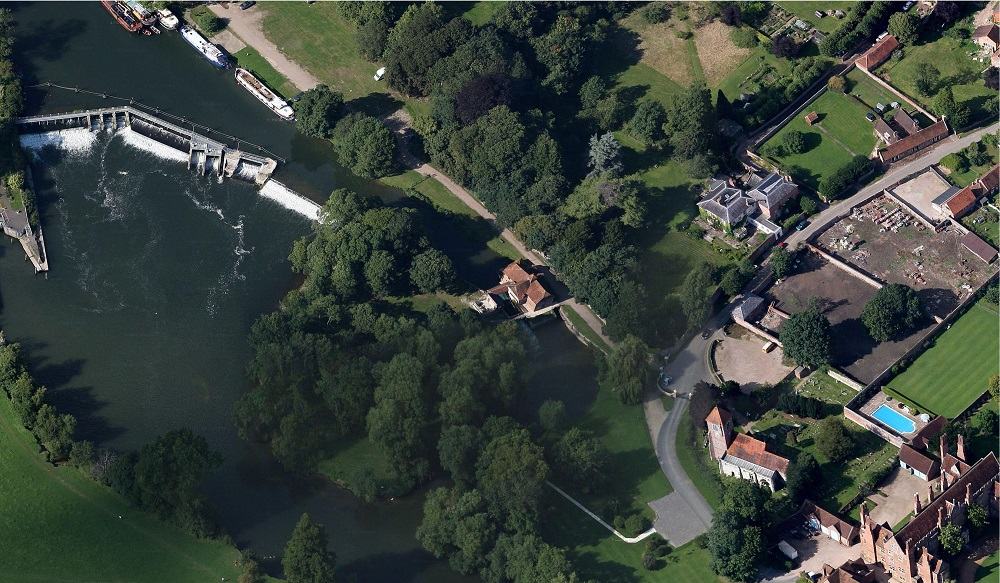 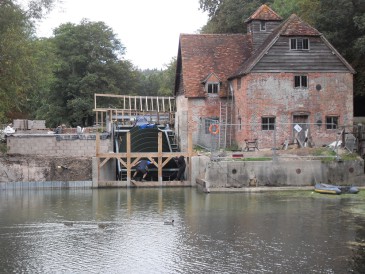 With planning permission already granted, there was a basic framework in place within which to design the new system. For instance, the scheme had to conform to a given “footprint”, as well as preserve certain features of the building vernacular, such as the curved and gnarly roof line of the turbine building and parts of the wooden sluice gate! Fortunately, we were lucky to be able to employ a local carpenters firm who are very well renowned for sensitive historic building work. As a result it was possible to replicate the gnarly looking “new” woodwork shown in the image (left). 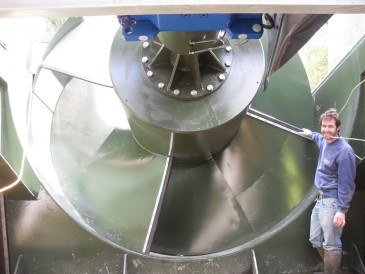 The Mapledurham Watermill turbine is an Archimedes Screw (left). The screw is 6 metres long, 4 metres wide and weighs 24.7 tonnes. It will churn up to 8000 litres of water per second, falling over a 1.8 metres head, and has a rated capacity of 99 kW.

The entire system is compact – the screw, the trough, the turbine and the generator all comes as one unit. This makes it quicker and easier to install, but is obviously much heavier. The image (right) is taken from the top of the Archimedes Screw and provides a good view of the scale of the machine.

The image below shows how the gearbox has been rotated around in order to position the generator as high as possible. The reason for doing this is so that it will bridge a timber (just visible) from the old sluice gate – this was one of the planning requirements! 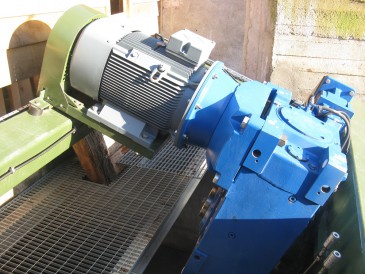 As is often the case when retrofitting existing buildings, access to the site was an issue. In order to get machinery and equipment to the island, for instance, a double row of sheet piling was used (then in-filled) to create a temporary causeway out onto the island, allowing access.

Overall the installation went to plan. Installing the Archimedes Screw turbine underneath the watermill has provided the estate with a permanent income from the electricity which will be sold to the national grid. 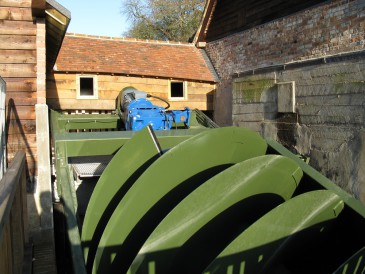 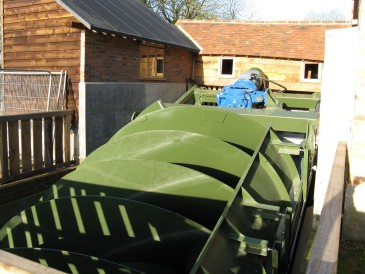