Piecing together the Pelton turbine for the Nant Peris hydro scheme.

Work is proceeding apace with the Nant Peris hydro scheme on the Afon Gafr, Snowdonia. Throughout the last six weeks, Renewables First has project managed the civil, mechanical and electrical engineering elements of the hydro scheme. The 350 KW Pelton turbine is now installed inside the newly constructed turbine house. The images above and below show the Pelton turbine at various stages of installation. Given the size and weight of the turbine, lifting gear was required to manoeuvre it into its resting position within the turbine house. 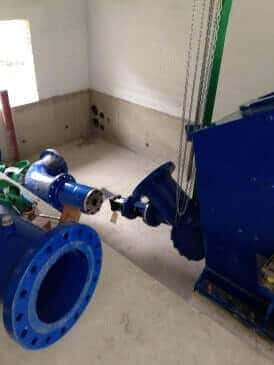 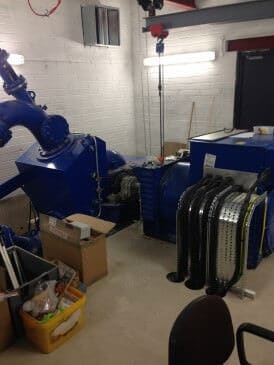 Inside the turbine house at Nant Peris.

The penstock sections have now been connected together and most of the pipework has now been buried in the trench. The penstock pipe itself has a diameter of 400mm and is 909 metres long. From a civil engineering perspective, digging the trench and burying the pipeline was no small task given the terrain it traverses! The penstock diverts water from the Afon Gafr way up on the mountainside overlooking Nant Peris, down to the Pelton turbine over a vertical drop of 212 metres. The images below show exposed (yet to be buried) sections of the pipeline close to the turbine house. 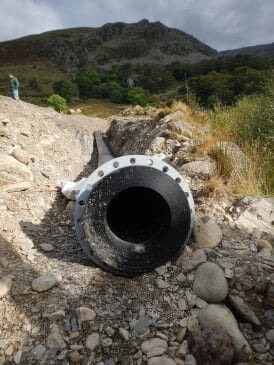 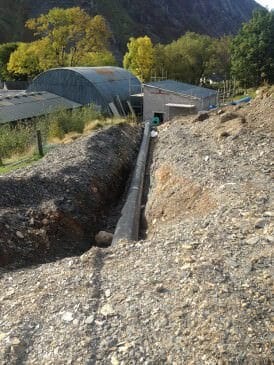 Exposed pensock running to the turbine house at the Nant Peris hydro scheme.

As well as the mechanical and civil engineering aspects of the scheme, the electrical engineering components of the project are also near completion, in order to connect the turbine generator to the local grid network. It is estimated that the scheme will generate in excess of 1,000,000  kWh’s of electricity per year, most of which will be exported to the national grid. 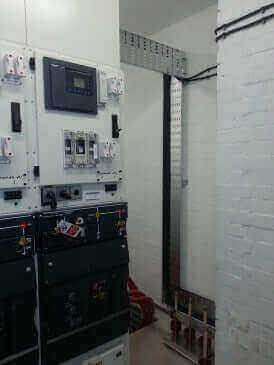 Although the scheme has been “dry commissioned”, the Nant Peris hydro scheme should be completed and commissioned before the end of the year, despite the very wet and windy weather we have experienced of late. The main task of interest still to be undertaken is the “pour and cure” of the concrete “anchor block”. This refers to a method of anchoring the weight and pressure of the 900 metre water loaded penstock pipe, which at its base where it meets the turbine house is estimated to be around 40 tonnes. The anchoring is achieved with the use of a large reinforced slab of concrete. The images below show the rebar prior to the concrete being poured. The concrete slab will consume the base of the pensock where it protrudes through the wall of the turbine house. The concrete pour is due at anytime now and once cured (allowing several weeks), it is anticipated the hydro scheme can be wet commissioned in mid December.

Concrete reinforcement bar at the junction of the penstock and turbine house. 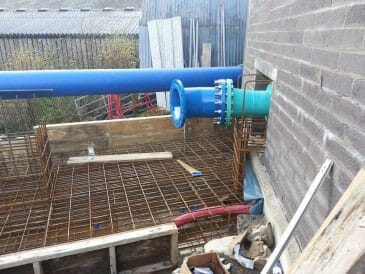 Rebar ready for 2m3 of concrete.