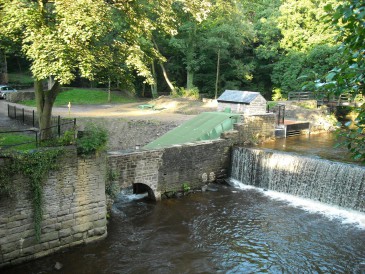 Western Renewable Energy (WRE), now Renewables First, was brought in after the initial feasibility stage had been undertaken.  WRE carried out the detailed design of the scheme, as well as taking charge of planning and project managing the construction works. WRE also designed and installed the fish-pass element for the Environment Agency. WRE were first consulted in January 2007 about the engineering feasibility of the scheme, and despite a range of obstacles, a detailed plan and costing was developed.

Some of the major issues to be worked around included: 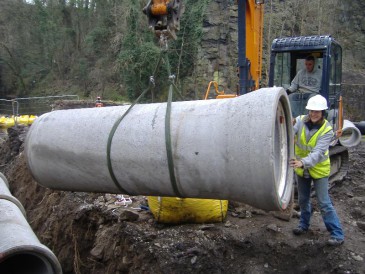 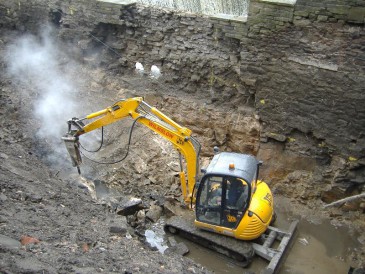 The first task was to divert the the storm water discharge, which currently ran through the intake area. After the diversion was complete, archaeological excavation by WRE, under the direction of staff from Archaeological Research Services, continued for a month. The extensive remains on site were documented and all artefacts were retained as a requirement of the planning permission. Once work had progressed through the archaeological remains, another 3 metres of gritstone bedrock was removed to provide the correct tailrace depth. 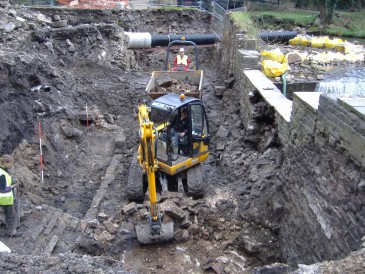 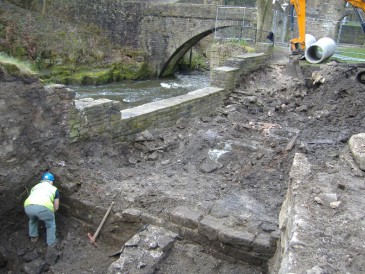 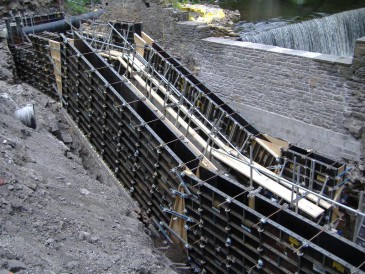 Constructing the foundations for the New Mills Archimedes screw.

The concrete pour for the base of the turbine structure and the fish pass was then undertaken. The restricted access to the site meant that the walls of the structure had to be cast in one day, when the pump, pipelines and manpower was available and access could be arranged for the procession of concrete lorries. So all shuttering for the concrete was set up to be carried out in one pour.

With the concrete structure complete, the project then entered a more challenging phase – that of getting the turbine into the gorge and positioned into the concrete structure, without bringing a crane onto site! Because the weight of plant and equipment on the site was limited to 7.5 tonnes, heavy lifting equipment could not be brought onto site. Furthermore, the Archimedes screw turbine itself exceeded this weight! Part of the solution was to crane lift (or rather, lower) the Archimedes screw into the gorge from a nearby high level bridge. 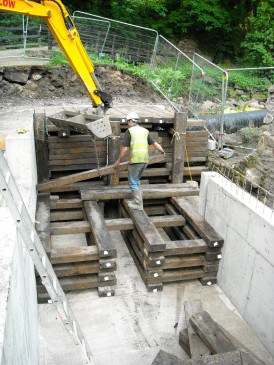 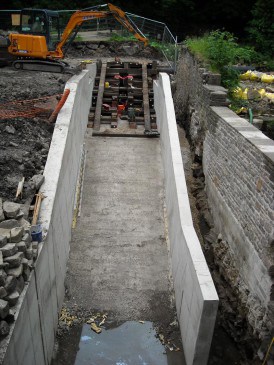 Once in the gorge, the next challenge would be the positioning of the screw within the concrete structure. This was achieved by placing wooden ramps in the inclined concrete turbine housing. The wooden ramp provided a continuous slope from ground level to the bottom of the slope. Because of tight space restrictions, the screw would have to be brought in sideways and lowered onto the ramp.

Fortunately all went to plan. With the main road through New Mills closed, and with a large crowd of onlookers, the Archimedes screw was first lowered into the gorge from the high bridge spanning the gorge. The turbine was lowered on to a purpose-built trolley, with steerable castors, which was rigidly coupled to two mini diggers to put the screw into position at the top of the ramp.

Lowering the Archimedes screw into the gorge 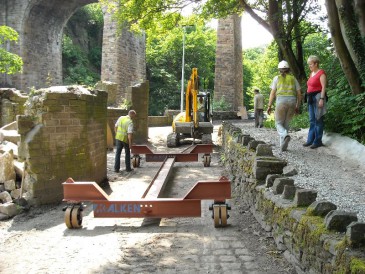 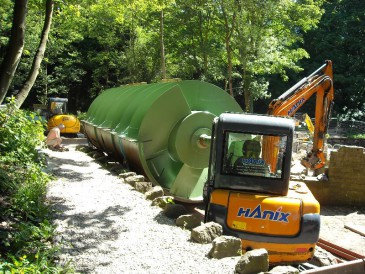 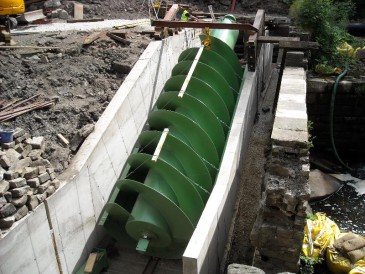 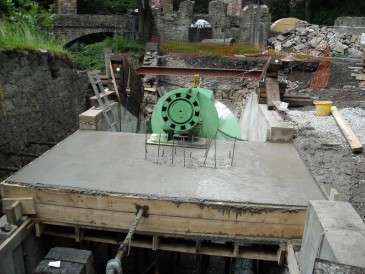 Top end of the Archimedes screw

The top slab was then cast and once cured, the turbine was then lowered into place. Whilst the concrete was curing, other jobs on site commenced, including crane lifting excavators into the river to enable the excavation of the tailrace and to adapt the river bed. 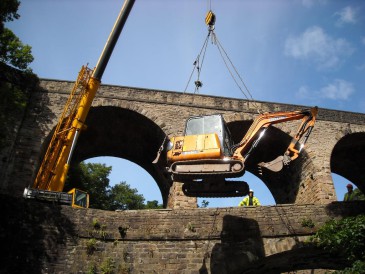 Lowering excavators into the gorge. 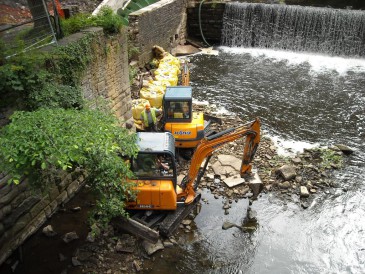 Excavators in the gorge.

The fish pass was installed at this point, to allow migration of fish passed the weir for the first time in over two centuries. Transmission and generation equipment, as well as sluices and other ancillary equipment was then installed. Finally the intake was excavated and the temporary storm outfall was removed, to leave the system looking much as the original artists impression has envisaged. 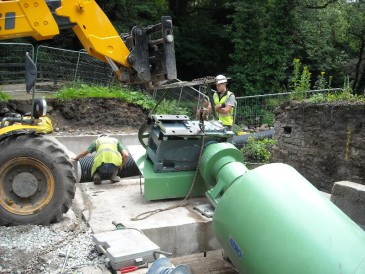 Connecting the generator to the Archimedes screw 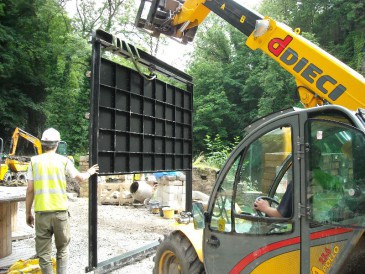 The final step was the installation of safety guarding and fencing, given that the hydro scheme is located in a public park. The New Mills Archimedes screw was commissioned and handed over in September 2008 and by the end of that year had generated almost 100,000 kWh of electricity. 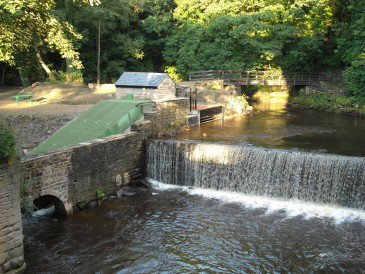 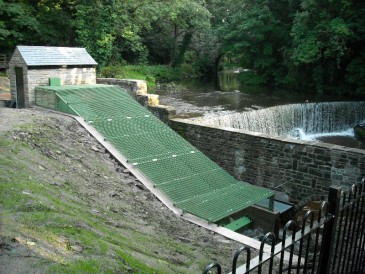 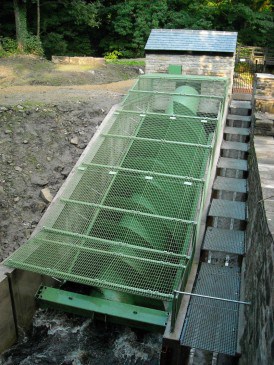