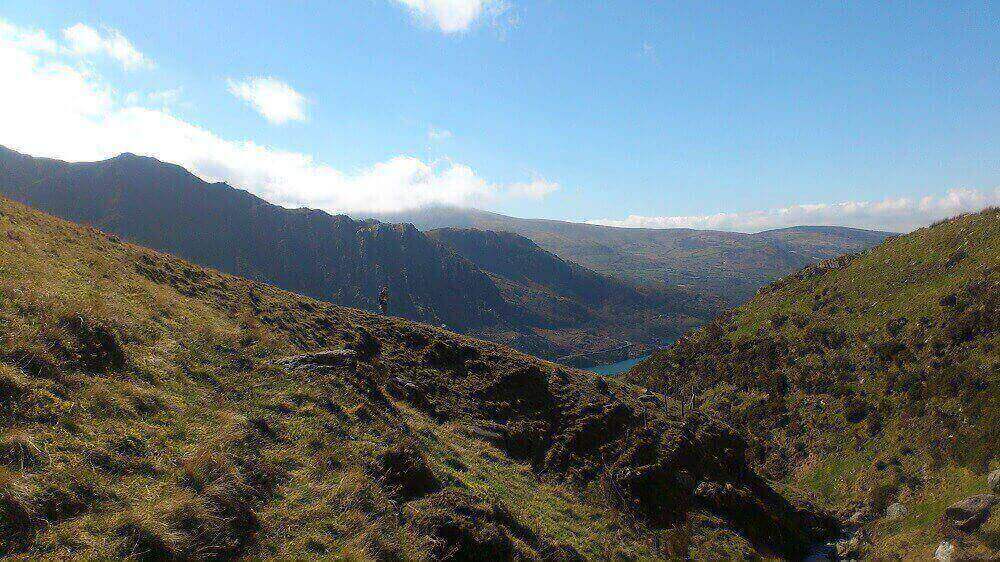 Renewables First has been appointed by Peris hydro Ltd (the landowner) to provide detailed designs for a pelton turbine scheme at Nant Peris, located along the Pass of Llanberris, within the Snowdonia National Park. The topography of this area often lends itself perfectly for micro hydro schemes and this site is no exception.

The designers at Renewables First have specified a 350 KW Pelton turbine, which will utilise a gross head of 212 metres and a mean flow of 202 litres per second on the Afon Gafr. The intake of the hydro scheme is to be located just below the confluence of two tributaries to the Afon Gafr, itself a tributary of the Afon Nant Peris. Renewables First has also been appointed to project manage the full installation process.

As things stand at the end of September 2015, all of the design work been completed. Full procurement has been undertaken and many of the systems components are already on site pending installation, including the Pelton turbine, generator and the penstock (shown in the pictures below). 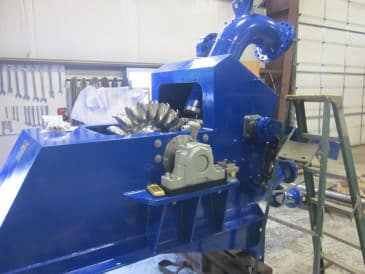 Assembling the 350 KW Pelton turbine, prior to delivery. 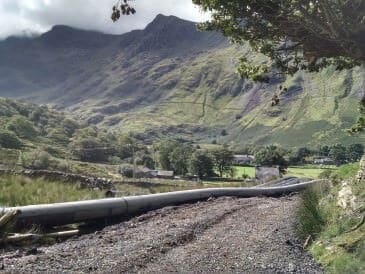 Laying out the penstock pipe to the Pelton turbine, prior to burying in a trench.

In terms of civil engineering, the DNO substation is built and much of the cabling has been laid. The turbine is in-situ and the superstructure for the turbine house is under construction.  The penstock is positioned, but not yet buried into the trench. It is anticipated that the penstock should be connected to the hydro turbine by the end of October. 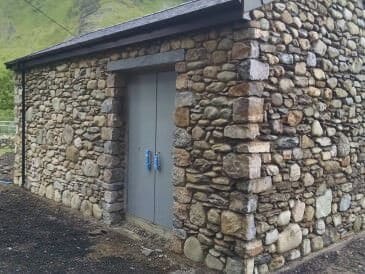 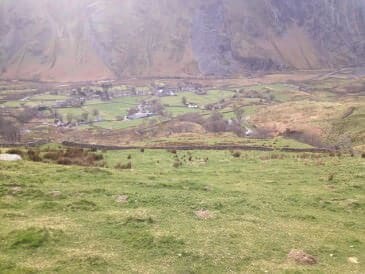 View of the Afon Gafr and Nant Peris.

The entire scheme should be completed by the end of the year. The Pelton Turbine is expected to generate 1,100,000 kWh per year, equivalent to powering roughly 333 UK homes (based on a median UK consumption of 3300 kWh, EST 2012), as well as a carbon saving of 473 tonnes per year.