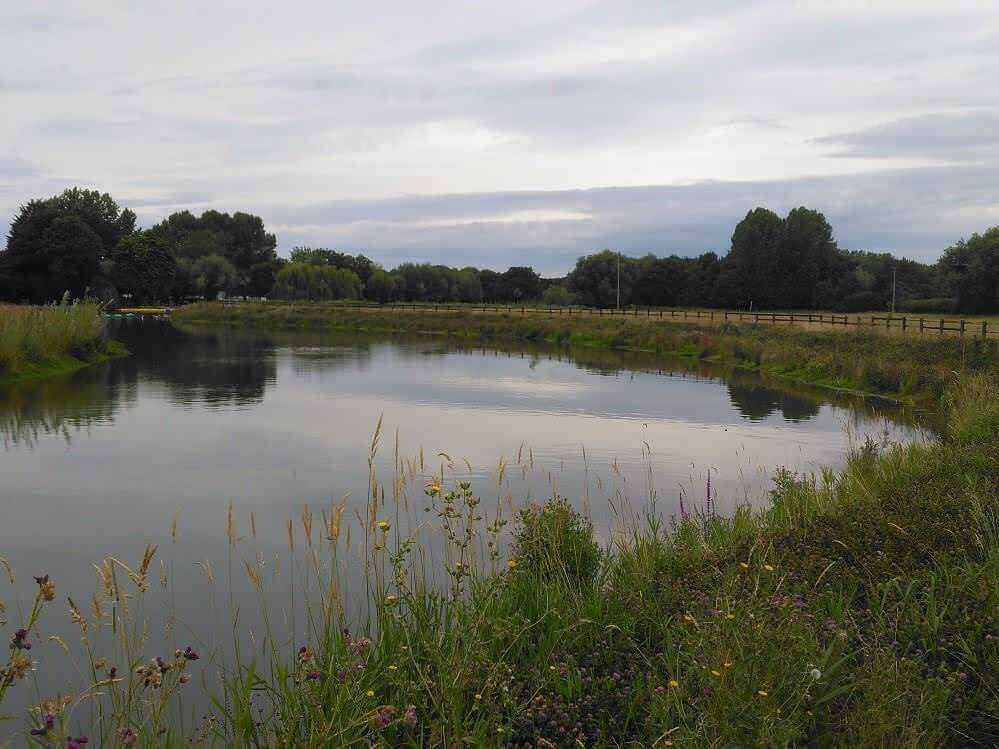 Pershore hydro scheme: nature making use of the banks of the hydro inlet area.

The Pershore hydro scheme was always intended to be an environmentally sensitive project, as well as being economically viable.  It was decided at an early stage of the design process to use natural sinuous channel forms, with the design of the headrace minimising imported material, and allowing for the swift regeneration of the site post construction.

It was therefore expected to deliver not only improved connectivity in the water body for migratory fish, but also a boost to the biodiversity of the area which was previously a farmed riverside field which became the headrace channel.

The site is now settled in, the bankside vegetation is established, and the area of land which has now become an island has become something of a nature refuge.  The inlet channel has also proved a popular amenity for the local canoe club. The shallow, sheltered area allows novice canoeist to practice their skills off the main navigation channel. The original intention of the design has been fully realised, and in addition the system delivered a million units of carbon free electricity in its first year of operation.