The twin Archimedean screw hydroelectric scheme, designed by Renewables First, was successfully commissioned on 20th August 2014 by Spaans Babcock, manufacturer and supplier of the Archimedean screws and generator system. 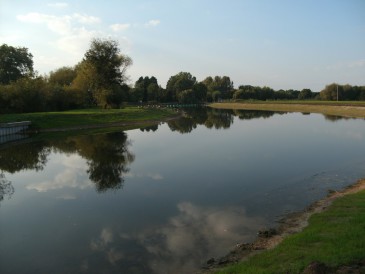 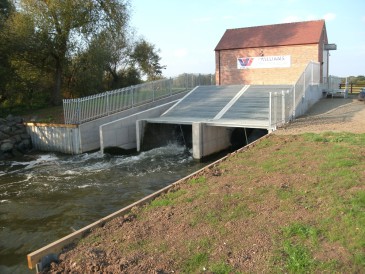 With the bulk of the project works done, finishing works to the site are now being undertaken. From above, the newly created inlet channel takes on the appearance of a natural meander in the river, as it curves round and directs water to the twin Archimedean screw hydro scheme.

The tree-covered area just upstream of the turbines is now segmented from the mainland, becoming an island adjacent to the weir. In a short time the exposed brown soils will match the green of the surrounding countryside and the scheme will blend in, as it was designed to do. The hydro scheme will also continue the historic thread of taking advantage of the natural fall of the river, only this time the site will be used to generate a clean and reliable supply of electricity for the future. 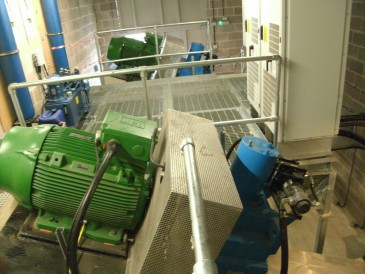 Inside the Pershore Weir turbine house. 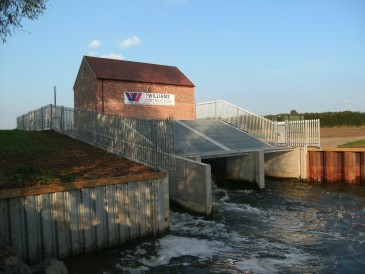 Renewables First are extremely satisfied with the design and execution of the Pershore Weir project, which stands as an exemplar of what can be achieved when the civil, mechanical and electrical disciplines of engineering are brought together under the umbrella of their in-house consultancy and project management services.