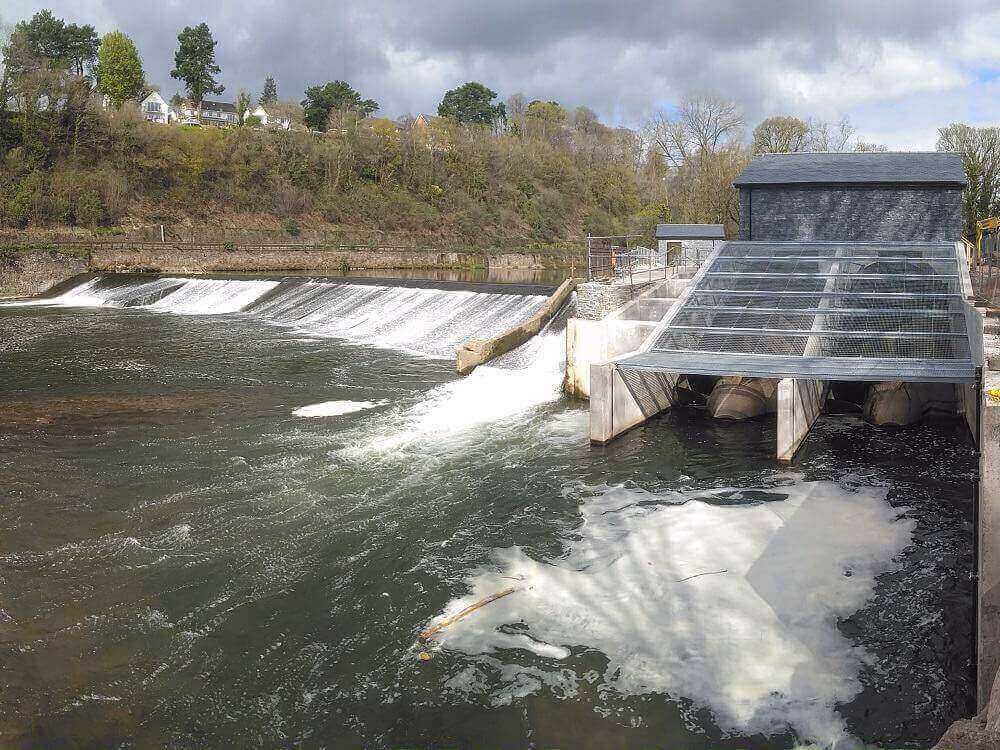 The Radyr Weir hydro scheme located on the River Taff, South Wales, is now fully completed and operational. The 2 x 200 kW Archimedes screw turbines, with their combined capacity of 400 kW, were commissioned in December 2015. The hydropower scheme is located to one side of Radyr Weir and makes use of 3.5m head and a mean flow of around 22 cubic metres per second. This is a relatively large scheme and it is estimated to produce an annual energy yield of 1.8 million kWh (equivalent to well over 400 UK homes) and an annual CO2 saving of around 785 tonnes. Renewables First produced the detailed designs and specification of the hydropower scheme for the main contractor, Dawnus Construction, acting on behalf of Cardiff City Council. 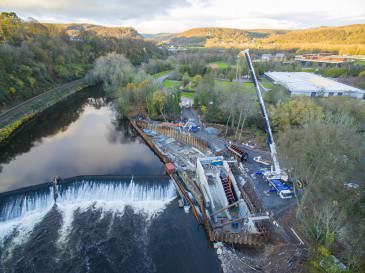 Upstream view of the river and construction works. 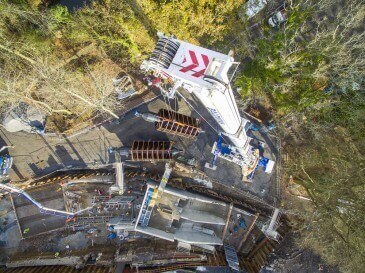 Aerial view of the crane lifting the screws. 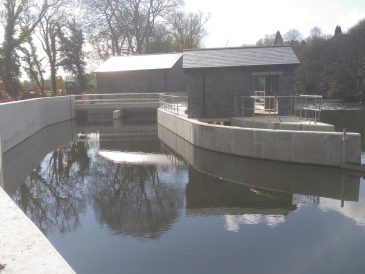 Looking towards the intake screen at Radyr Weir Hydro 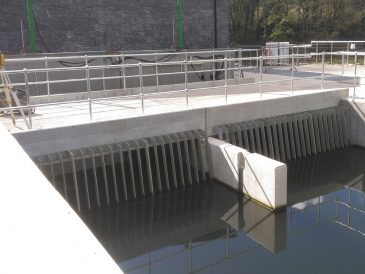 The picture below is taken from the downstream end of the hydro scheme. Just visible beneath the protective screens are the tips of the Archimedes screws. To the left of those is the new fish pass, which itself runs alongside the original fish pass on the weir. 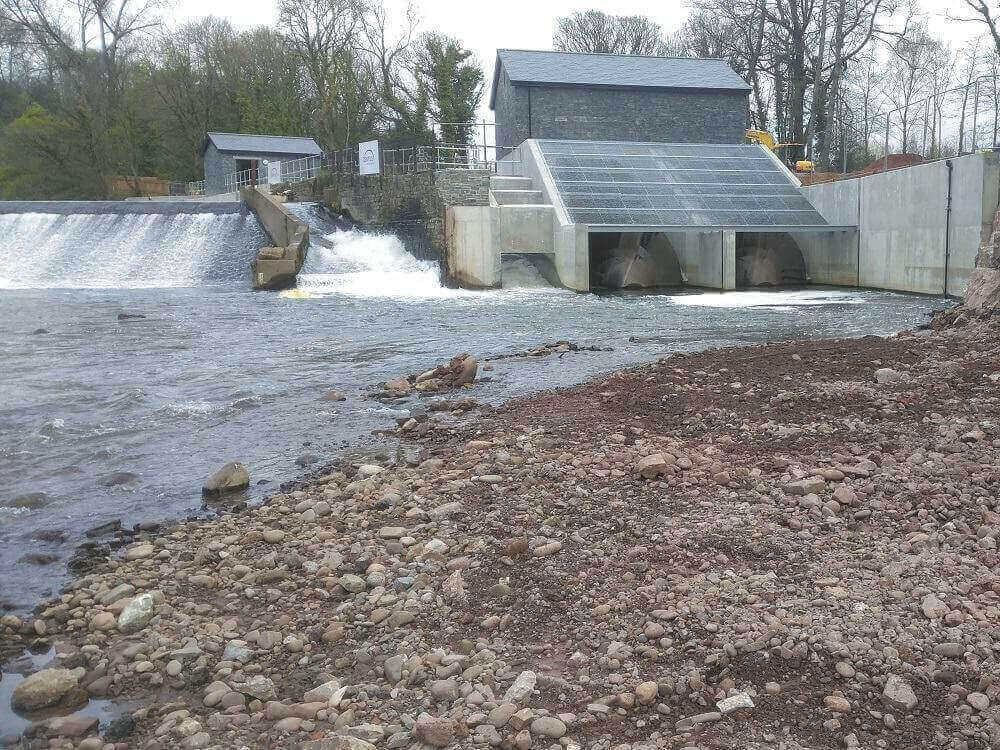