On September 23rd, the Saddleworth Community hydro scheme was officially opened by chief executive of The Centre for Alternative Technology, Adrian Ramsay. 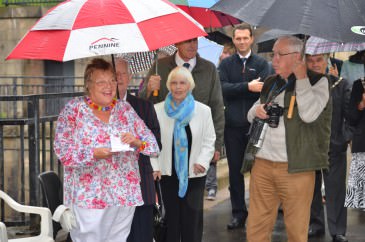 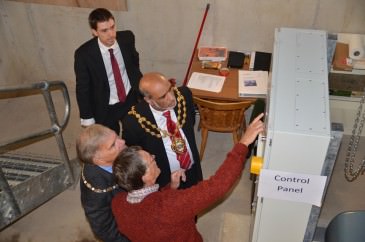 The local Saddleworth Chronicle, quoted Adrian Ramsey as saying, “Saddleworth has led the way in promoting a clean, reliable supply of energy and it is extremely inspiring…

….“Local people asked what they could do to respond to climate change and this is a 21st century answer. It’s the kind of community project we would like to see happening up and down the country.”

The Chronicle also quoted Chairman of Saddleworth Community Hydro, Bill Edwards, claiming: “The project demonstrates that a group of local people can actually do something to slow down climate change,” he said. “We are not powerless or helpless.”

The event was well attended by the local community, and given that the event was about all things hydrological, the British weather performed true to form!

With a peak power output of 55 kW, the Crossflow hydro turbine can now deliver on producing 328 MWh’s of electricity annually, equating to a CO2 emissions saving of 165 tonnes and equivalent to powering 75 UK homes.