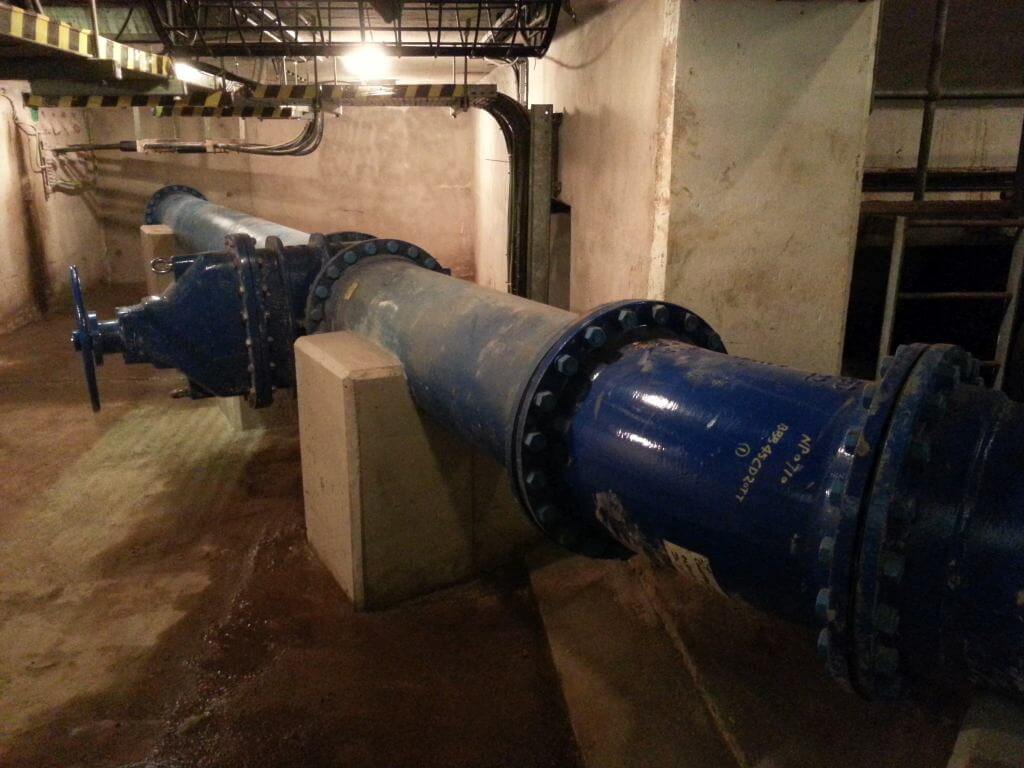 The Saddleworth Community Hydro scheme is designed to be both dependent upon, yet technically separate from, the existing dam infrastructure, owned by United Utilities. For the hydro scheme to work, the design incorporates a means of diverting water away from the existing dam pipework to the Crossflow turbine, before returning it to the natural watercourse. This will be achieved by diverting the reservoir compensation flow – via a bespoke cross-piece – into the penstock pipe, which will run underground from the existing valve house to the Crossflow turbine, located in the turbine house.

The new penstock connection had to be made inside the existing valve house, itself located inside the dam embankment. Creating the space for cutting and fitting a bespoke cross-piece in a confined space was no mean feat, especially given that compensation flow has to be maintained at all times. One critical component was the bespoke stainless steel cross-piece used to make the connection to the reservoir pipework. This needed to be light enough to be man-handled as well as being able to withstand shock pressures.

Once in place, the newly fitted cross-piece needed to be connected to the penstock. This was enabled by cutting a hole through the valve house wall, through which the penstock passes and connects to the cross-piece. The hole was created by adopting the wire sawing technique previously used to connect the Stilling Basin and Pump House. This successfully enabled the cutting of the hole for the 24” pipework, avoiding the use of grinders and hand held breakers.

Critically, compensation flow and full emergency reservoir draw-down procedures needed to be maintained during pipe connection. This involved collaborating closely with the reservoir’s Supervising Engineer, the Contractor and the EA to ensure the operation was timed with a reservoir overflow event, so that flow was maintained to Chew Brook. 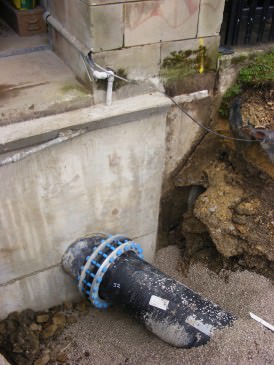 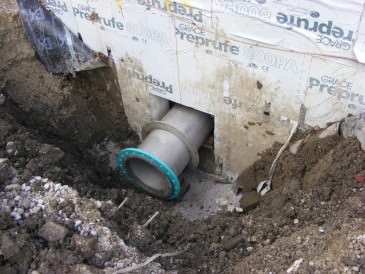 The configuration of the Saddleworth hydro penstock connection, enables the asset owner (United Utilities) to isolate the flow from the penstock at any time, thus maintaining the physical separation of the reservoir asset from the hydro scheme.

Key stages of the hydro scheme are now coming together. The next key element will be the arrival of the Crossflow turbine and generator.