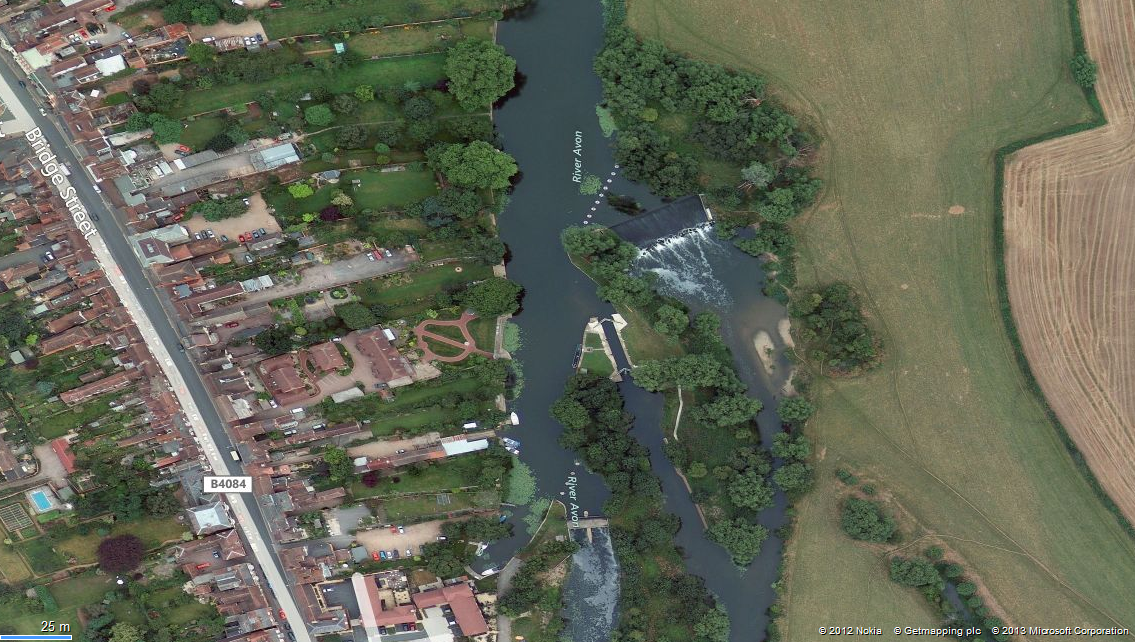 Renewables First has proceeded to specify and design a twin Archimedean Screw hydropower scheme at Pershore Weir. The basis of the design comprises two screw turbines, positioned side by side and located within a purpose-built concrete structure.  The screw turbines will make use of a drop (head) in the height of the river of approximately 2 metres. The screw turbines will have 224 kW installed capacity. 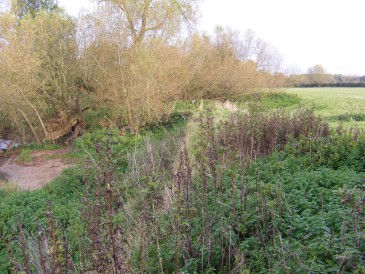 In order to maintain the character of the river bank and to preserve the wooded area just north of the proposed site, Renewables First has incorporated into the design a shallow intake channel or “leat” (roughly 140 metres in length by 35 metres wide), which will direct water to the screw turbines. This channel will be reinforced with natural materials and profiled to promote reed and tree growth, to stabilise the banks in the long-term.

An automated sluice gate will be installed at the head of the screw turbines, in order to shut off the flow of water to the turbine for maintenance purposes. The screw augers will connect to a gearbox which in-turn is coupled to the generator. Furthermore, Pershore was subject to extensive flooding in August 2007, and extra efforts were made to ensure equipment would not be damaged in high flows, nor would other neighbours is affected by having the turbines in the river.

The generator housing and turbine foundations will be 17 metres in length and 10 metres wide, with a roof ridge height of 4.1 metres. The Archimedes screws themselves will each be 8 metres long and 4 metres in diameter. The dimensions of the channels have been designed with respect to reducing hydraulic friction, controlling erosion and sedimentation and to optimise fish passage.

Due to the excavation and subsequent spreading of soil, the development area will constitute 2.17 hectares, of which the turbines and housing with the bypass channel cover ~0.4 hectares. This is the overall area is that required to achieve the required hydraulic conditions into the turbines and locate the excavated material above the flood plain. In doing so, we needed to show how the spread was not re-structuring farm land, and ensure that the existing flood plain’s capacity was not compromised, together with maintaining the visual appearance of the flood plain. The generator housing has been designed to accommodate the generators, control panels, transformers and other equipment. 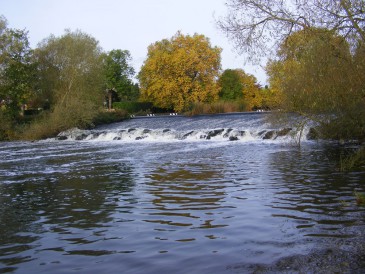 Renewables First has worked to ensure that the appearance of the proposed development will be in-keeping with the surrounding area. The river bank upstream of the turbines, as part of the new bypass channel, will have a sloped bank with a geo-technical material attached to prevent erosion and encourage reed and rush growth. The generator building will have external finish in brick (Retro Barn Stock with white cement mortar mix). The roof will have Marley Clay Plain Ashdown roof tiles.
The site will be secure by design in that it is not in a public area and is bounded on two sides by water. The turbine screws will be enclosed by a galvanised open steel mesh, equivalent to open steel mesh flooring. The generator housing will have a lockable steel door.